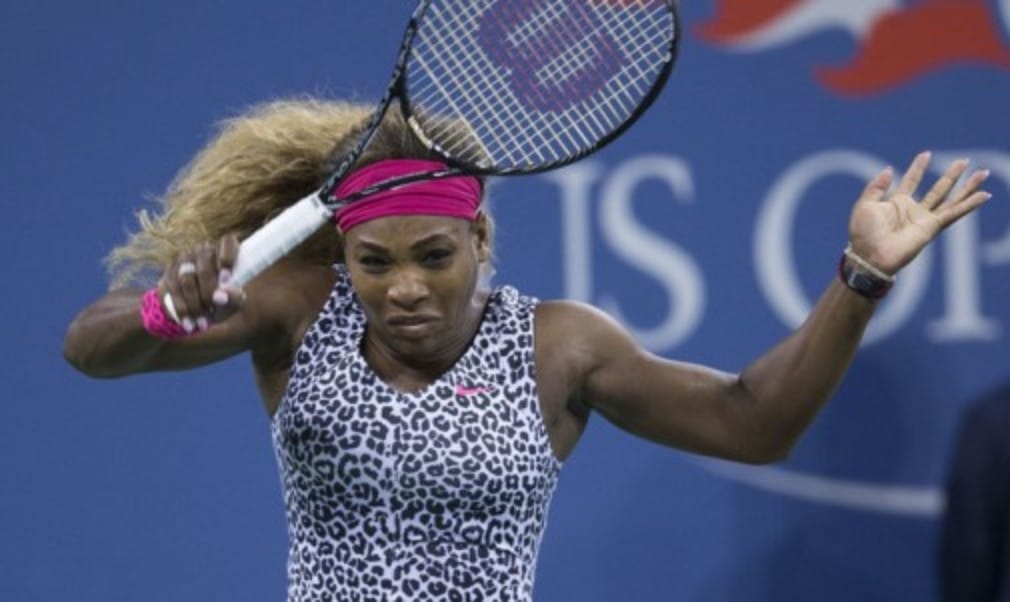 Serena and Djokovic march into semis

Novak Djokovic booked his place in the semi-finals of the US Open for an eighth consecutive season with a hard-earned 7-6(1) 6-7(1) 6-2 6-4 victory over Andy Murray.

The world No.1 found himself in the midst of an almighty battle for two and a half sets before Murray’s fitness betrayed him as his back and hips stiffened, affecting his movement and serve.

Djokovic took full advantage to claim the only break of the fourth set in the final game of the match to set up a semi-final showdown with Kei Nishikori.

“It is always a battle,” Djokovic said of facing Murray. “It's never finished even if you are break or double break up against Andy, because he's such a good returner and steps in. Sometimes he just goes for every shot that he has – that is a high-risk game, but it can pay off.

“I'm happy that I managed to pull it through physically in the end and to stay strong, even though it was frustrating in moments, because I don't think I played at a level that I wanted to play on in important moments.”

Djokovic has now won 13 of his 21 encounters with Murray, who looked for positives from his US Open campaign.

The No.10 seed became the first Japanese man to reach the last four at the US Open since 1918 after being taken beyond the four-hour mark for the second match in succession as Wawrinka hit back in the fourth-set tiebreak to take it to a decider.

Serving to stay in the match at 5-4, however, the Swiss double-faulted to hand Nishikori two match points, netting a forehand on the second to seal his fate.

"I started a little bit tight," Nishikori admitted, little surprise after his 2.26am finish against Raonic. "But my body was OK," he added. "I don't know how I finished … but I'm very happy."

Serena roars back to reach first Grand Slam semi of 2014

Serena Williams more than made up for a slow start to her quarter-final match with Flavia Pennetta, winning six games in succession from 3-0 down en route to a 6-3 6-2 victory in little over an hour.

"I felt she was playing really well," Williams said of Pennetta's fast start. "I don't think I was doing too much wrong."

The two-time defending champion and five-time winner in New York will face first-time semi-finalist Ekaterina Makarova in the final four after the Russian saw off two-time finalist Victoria Azarenka, who suffered with food poisoning the day before a 6-4 6-2 defeat.

"I'm just so happy to have won," Williams said after a "tough year" at the Grand Slams. "It feels so special to be back in a semi-final, especially in New York."