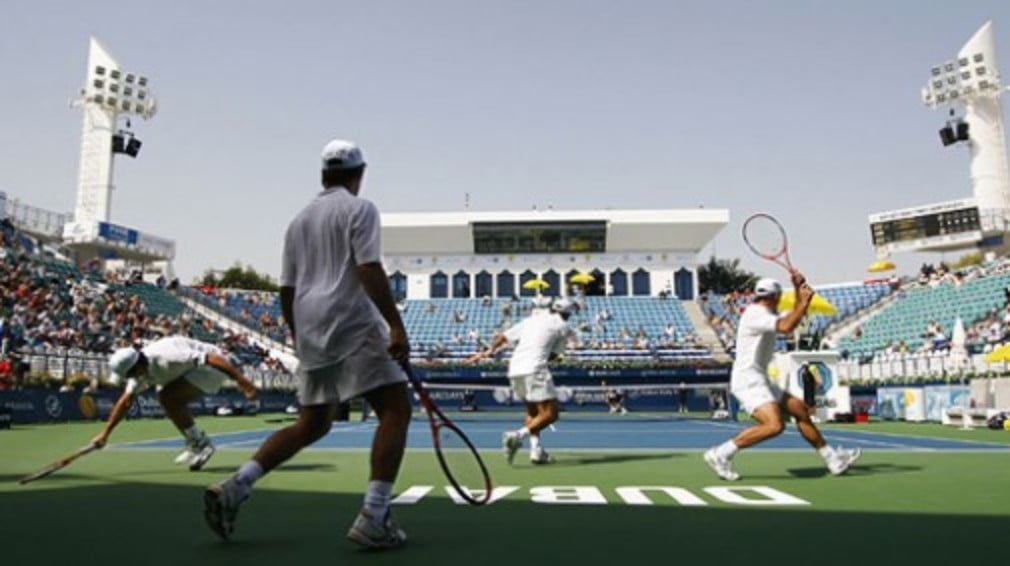 Defending champion Fabrice Santoro and Indian wildcard Prakash Amritraj will meet in the final of the Hall of Fame Tennis Championships in Newport.

35-year-old Santoro beat Vince Spadea 7-6(4) 6-1 to take his 450th victory of his career, and is bidding to become only the third multiple champion in the tournament’s history, joining Bryan Shelton and Greg Rusedski.

In the other semifinal, Amritraj was victorious over No.7 seed Canadian Frank Dancevic 7-6(4) 4-6 6-3, to become the first Indian to reach an ATP final since Leander Paes won the Newport title in 1998, and is just the second wildcard to reach the Newport final.

Back in Europe, another Frenchman is through to an ATP final. Richard Gasquet came from a set down against Agustin Calleri in the Mercedes Cup in Stuttgart. Gasquet lost the opening set tiebreak before battling back to record a 6-7 6-2 6-3 win, breaking Calleri twice in both the second and third sets to reach his first final since Tokyo last October. The 22-year-old will face Juan Martin del Potro in the final.

Tomas Berdych rallied past No.2 seed Fernando Verdasco of Spain 2-6 6-3 6-2 to reach his second Catella Swedish Open final at Bastad in three years. He will face No.3 seed Tommy Robredo in the final, after the Spaniard knocked out compatriot and defending champion David Ferrer 2-6 6-1 6-2 in a rain-affected, topsy-turvy match.

At the Allianz Suisse Open in Gstaad, world No.80 Victor Hanescu stunned top seed and home favourite Stanislas Wawrinka in the semifinals, defeating the Swiss 6-3 3-6 6-4 on Saturday to book a place in the final.

Wawrinka looked to be back on track after losing his serve just once to surrender the first set, when he leveling the match by taking the second set before breaking to lead in the third.

But Hanescu hit back and broke Wawrinka twice to close out his second victory in two hours.

Hanescu will look to capture his first ATP title against either Guillermo Garcia-Lopez or Igor Andreev in the final, but will have to wait until Sunday morning to learn who he will face as rain postponed the other semifinal with Garcia-Lopez having just levelled the match at 6-7(2) 7-5.