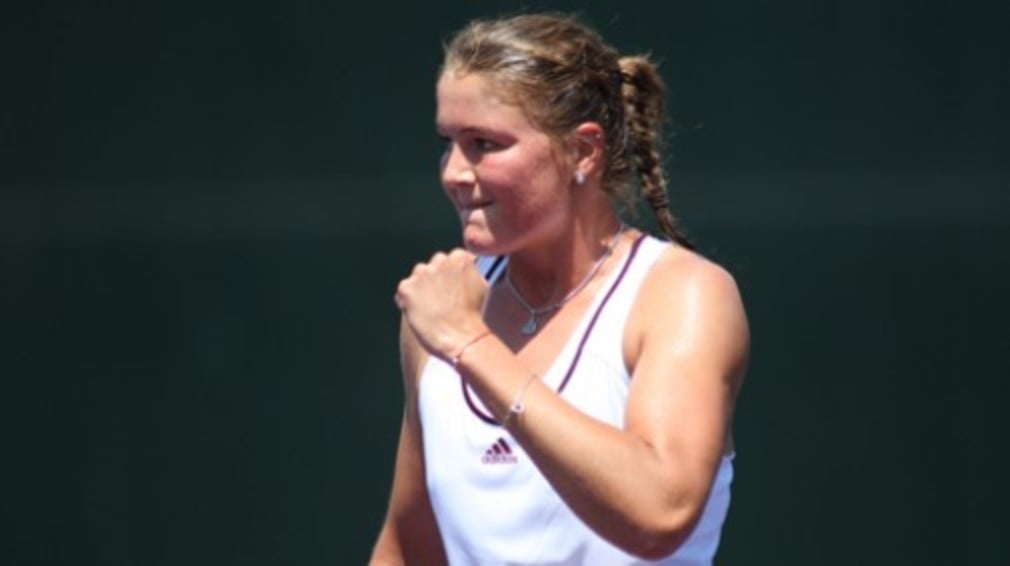 Jelena Jankovic’s hopes of becoming the new world No.1 are going to have to wait after Dinara Safina ran out the 7-6(3) 6-1 winner in their East West Classic semi-final.

The Serb lost the first set on a tie-break before being swept aside by the Russian, whose hard-hitting game caused Jankovic problems throughout.

“My time will come” – Jelena Jankovic

Jankovic had failed to serve out the first set at 5-4, before a series of forehand errors handed Safina the tie-break. From then, Jankovic completely lost her way and the Russian raced to victory.

The world No.2, who had entered the tournament despite a torn meniscus in her left knee, admitted she ran out of steam.

“Dinara played very well,” Jankovic said afterwards. “I had some chances in the first set and then I played a bad tie-breaker. In the second set, I couldn’t go anymore. My legs were shaking a little.

“I had an injury and was supposed to be out quite a long time and at least I had an opportunity to compete here, even though I wasn’t at my best.”

As for the No.1 spot, “hopefully my time will come,” Jankovic said. “It is not the end of the world.”