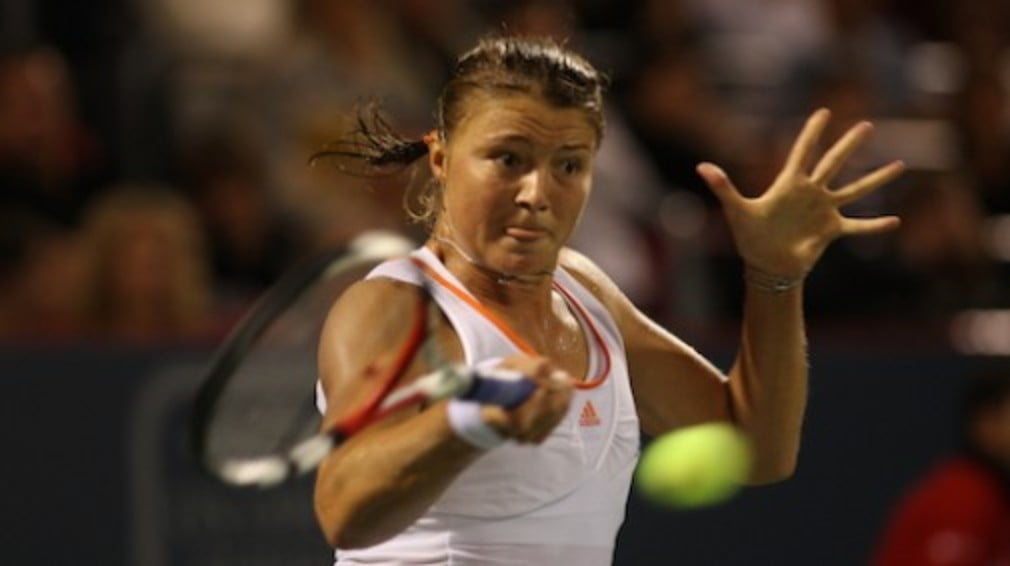 Dinara Safina, who only made the Russian squad when compatriot Anna Chakvetadze withdrew, is through to the semi-finals of the Olympic tennis event in Beijing after beating newly-crowned world No.1 Jelena Jankovic 6-2 5-7 6-3.

The 22-year-old has been in the form of her life in recent weeks, winning the US Open Series before heading out to China, and extends her winning streak to 14 matches.

Safina dictated the majority of play throughout the match, with Jankovic taking control of proceedings for a time early in the second set. In the decider, Safina’s superior fitness was the difference as she overpowered the Serb.

Safina joins compatriots Elena Dementieva and Vera Zvonareva in the semi-finals, and will face China’s Na Li for a shot at the gold. Should Safina reach the final, a Russian clean-sweep of the women’s singles tennis medals remains a possibility.

The women’s singles final has now been moved to Sunday alongside the men’s gold medal match. Safina and Jankovic’s quarter-final match had been held over until Friday after torrential rainfall played havoc with the tournament schedule, putting the semis and medal matches a day behind.