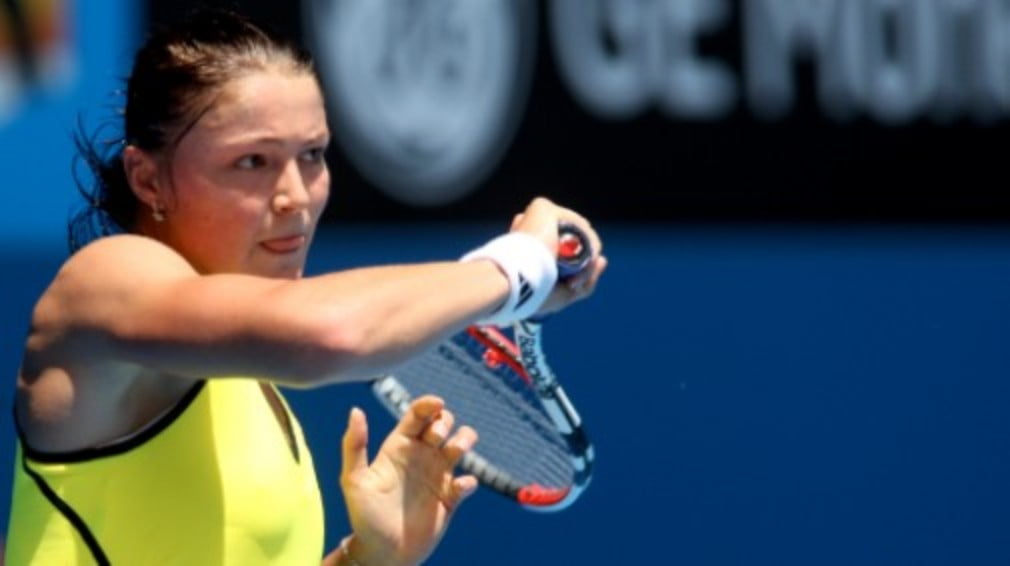 Russian women waste no time in Round 3 of Aussie Open

The first three players to reach the fourth round were all Russian as Dinara Safina, Nadia Petrova and Vera Zvonareva raced through their matches without dropping a set.

Tenth seed Petrova finished first as Galina Voskoboeva retired due to back pain after dropping the first set, 6-1.

Followed by Petrova was third seed and younger sister of Marat Safin, Safina, who powered past No.25 seed Kaia Kanepi 6-2, 6-2.

Bringing up the rear was seventh seed Zvonareva who triumphed over Italys Sara Errani, 6-4, 6-1.

Petrova will face Zvonareva in the last 16 as Safina faces Frenchwoman Alize Cornet.

Fellow countrywoman Marion Bartoli joins Cornet in the fourth round as she defeated Lucie Safarova 3-6, 6-2, 6-1. The sixteenth seed fought back from a 6-3, 2-0 deficit. Bartoli faces the world No.1 Jelena Jankovic in the next round.

Jankovic also had a struggle on her hands as she took on Ai Sugiyama. However, she was able to move past the No.26-seeded Japanese veteran in straight sets nonetheless, 6-4, 6-4.

Today was a tough match, Jankovic said. I thought I competed much better than in my previous two rounds. Ai is a tough opponent. She doesnt really give me any free points. She fights very well and is a very solid player. I had to work for every point. Im just happy to get through this kind of match.