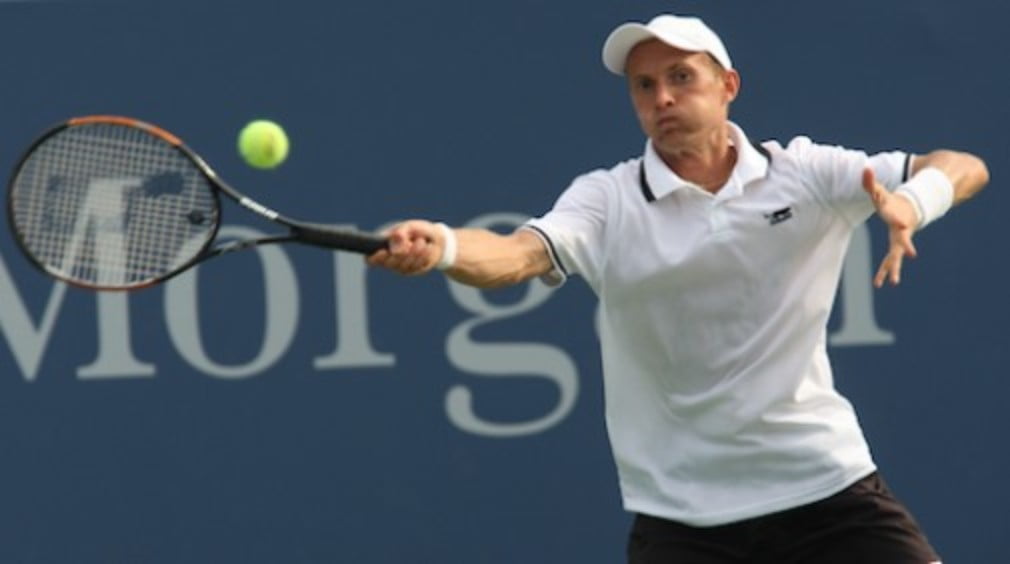 Russian trio on a roll in Rotterdam

It was a routine day at the office for Russians Nikolay Davydenko, Mikhail Youzhny and Dmitry Tursunov in Rotterdam on Monday as all three came through first round matches at the ABN AMRO ATP World Tour 500 event.

World No.5 Davydenko was playing his first match since the opening week of the season when he pulled out of Chennai with a heel injury.

The third seed cruised past countryman Igor Andreev 6-3, 6-2 to set up a second round clash with Frenchman Julien Benneteau.

“I have never really had long injury breaks or never had to take a long rest before, so it has been strange,” Davydenko said. “I just want to come back and start to play well.

From the end of last season I had almost two months without playing any tournaments so my confidence is very low. I hope I can play better. I played good but it can always be better. The most important thing was to start with a win.”

Joining Davydenko in the last 16 were Youzhny and Tursunov who took out French duo Arnaud Clement and Laurent Recouderc respectively.

Tursunov notched up his first ATP World Tour win of the year by routing Clement 6-0, 6-3 in 69 minutes while former Rotterdam champion Youzhny battled past world No.189 Recouderc 6-4, 6-4.

Elsewhere in the draw Benneteau handed Spaniard Feliciano Lopez his third successive first round defeat as the Frenchman came through 6-4, 5-7, 6-2.

It was also a good day for Germanys Tommy Haas. The former world No.2 notched up a first round victory over 86th-ranked wild card and fellow German Lars Poerschke 6-1, 7-6. He followed that up by edging out legend Pete Sampras 7-6, 4-6, 12-10 in an exhibition match.

Away from the hard courts, the clay court season is well under way in South America and this week the Brasil Open takes centre stage.

Spanish top seed and defending champ Nicolas Almagro began his campaign with a 7-6, 7-5 win over Brazilian wild card Ricardo Hocevaa. He will face Martin Vassallo Arguello in round two.

Fifth-seeded Spaniard Marcel Granollers was also victorious with a three-set success over Flavio Saretto. Alberto Martin continued the Spanish run of form with a straight-sets win over Ecuadors Nicolas Lapentti.

At the WTA Premier event in Paris, it wasnt such a good day for Spaniard Anabel Medina Garrigues.

Garrigues may have just moved into the top 20 for the first time but she was unable to prevail over Estonian Kaia Kanpei. Kanepi needed just less than two-and-a-half hours to oust the world No.20 3-6, 6-2, 7-5. Li Na of China and Anastasia Pavlyuchenkova also moved into the second round.

At the Pattaya Open in Thailand, the only seed in action, Peng Shuai, was lucky to edge past Mara Santangelo, as the Chinese players opponent withdrew with a stomach problem.

In the only other main draw matches of the day, Vera Dushevina ousted Elena Bovina 6-4, 7-5 in an all-Russian affair and yet another Russian, Ksenia Pervak, beat Japan’s Tomoko Yonemura 6-1, 6-1.