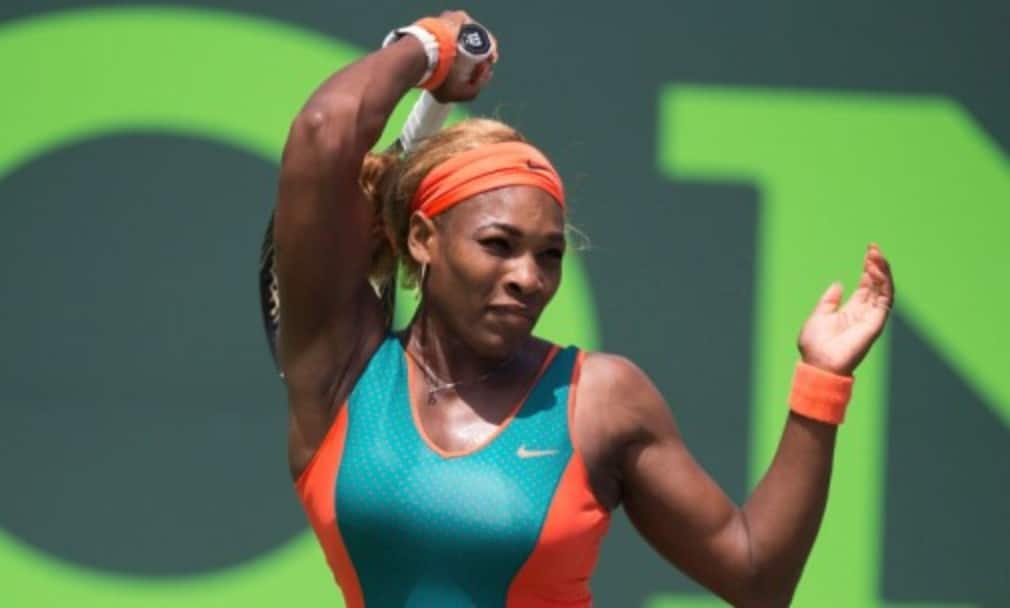 The Italian called a medical timeout at 5-3 down and needed lengthy off-court treatment for her left thigh and hip.

Upon resumption it was one-way traffic as Williams reeled off seven games in a row to win her 60th career title 6-3 6-0.

She too suffered with a thigh injury that forced her to withdraw from the Mutua Madrid Open a fortnight ago and she said is still not completely recovered.

“I feel better but I am not 100%. I am going on adrenaline at the moment, so I'll take a couple of days off,” she revealed. “I hope to win one more Grand Slam before I retire but I don't want to look too far ahead. There are hundreds of players who want to do the same.

“I would like to say thank you to my coach Patrick, and Sasha and Esther for keeping my body together and thanks to everybody for today. I’m really sorry for Sara because she’s played so well all week.”

Errani was the first Italian woman to reach the final in Rome since Raffaella Reggi in 1985. But the odds were firmly stacked against her as she had won only 23 games in six previous losing efforts against Williams.

After falling 3-0 behind, Errani broke back in the seventh game to get the opening set back on serve. However, Williams immediately responded in kind and then served out the set following Errani’s medical timeout.

The Italian was clearly limited by the injury and Williams breezed through the second set in just 21 minutes.

“I really want to compliment Serena on the way she’s played during the week and she’s certainly one of the best in the world, if not the best in the world,” said a tearful Errani, who later had to retire from the doubles final. “It’s crazy for me that I got to the final this year. I never expected to manage to play such good tennis. Thanks to you all.”