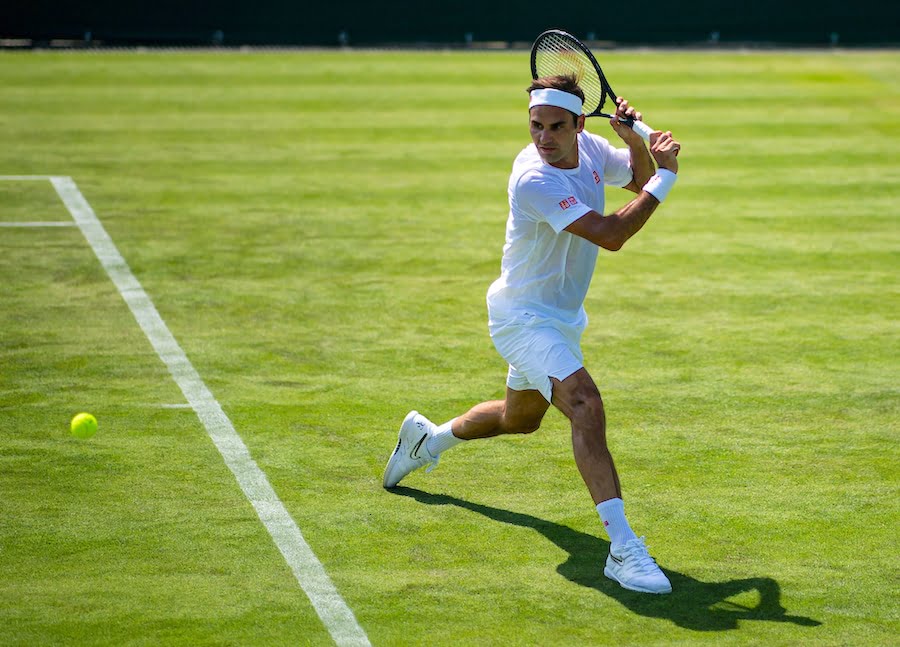 Meeting in the third round the two have only met once before in 2014, when Pouille was aged only 21. Roger Federer got the better of the man from Northern France 6-4 6-4 in the Paris Masters.

Roger Federer is bidding to become the first ever man or woman to record 350 Grand Slam wins today. A win will also give him 35 Tour-leval wins in 2019, which will see him move ahead of Greek young gun Stefanos Tsitsipas into first place. This might be joint first place however, as a win before for Nadal today will see Federer’s rival win his 35th match as well.

It will be the 65th time the Swiss veteran has reached a Grand Slam fourth round, which will extend his own Open Era record. Another record Federer is looking to extend is all time Grand Slam wins, where he currently sits one ahead of Nadal with 20. However the 37 year old has not been in a Grand Slam final for a year and a half, after he won the Australian Open in 2018.

25 year old Lucas Pouille is bidding to become just the third Frenchman to beat Federer at a Grand Slam, following in the footsteps of Arnaud Clement and Jo Wilfried Tsonga.

Coached by Andy Murray’s former coach Amelie Mauresmo, Pouille is hoping to reach the fourth round for a second time at SW19. In 2016 he went one further to the quarter final after he beat Juan Martin Del Potro en route. A straight sets defeat to former finalist Tomas Berdych ended his run.

The 27th seed has progressed to the third round in style, comfortably beating compatriots Richard Gasquet and qualifier Gregoire Barrere both in straight sets. Federer on the other hand was given trouble in his first round match, when he fell behind to 22 year old Lloyd Harris of Cape Town losing the first set. But a formidable Federer came back to a 3-6 6-1 6-2 6-2 victory, before beating British youngster Jay Clarke in three.

The winner of this match will face either 17th seed Matteo Berrettini or 24th seed Diego Schwartzman who beat Cilic at Queens.