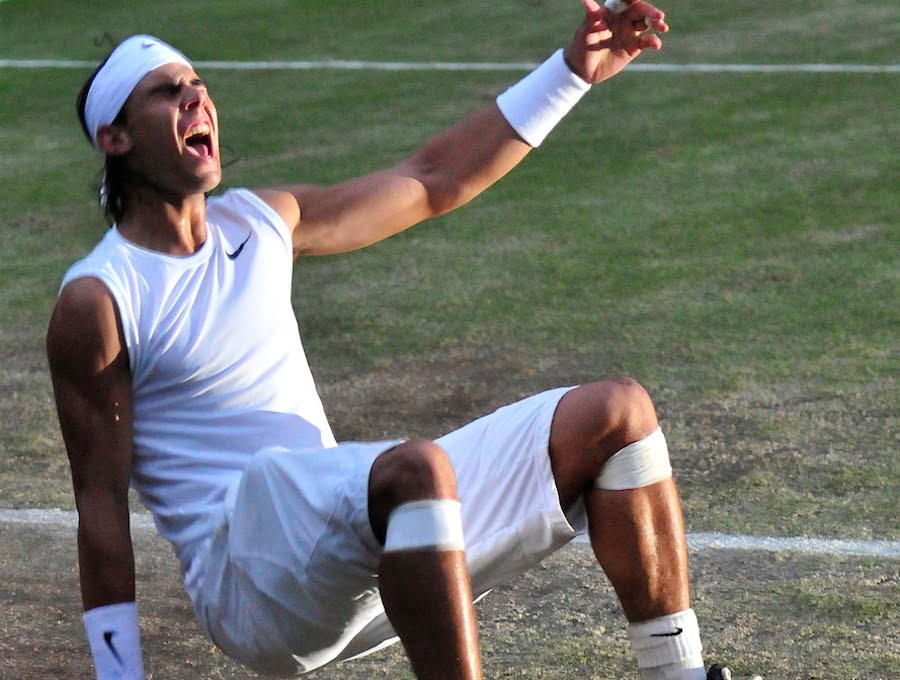 Roger Federer knows that a lot has changed since the last time he played Rafa Nadal at Wimbledon 11 years ago and Nadal goes into the match with a winning record against the great Swiss player, which made it slightly surprising that Federer was prepared to reveal so much about his potential tactics to beat Nadal.

When asked how he might play against the Spaniard, Federer said, “”Well, we have a lot of information on Rafa, and so does he about us. So you can either dive into tactics and all that stuff like mad for two days, or you’re just going to say: ‘You know what? It’s grass-court tennis and I’m going to come out there and play attacking tennis.’ And if he can defend that, that’s too good. And if he can’t, well, then, that’s good for me.”

The last time these two greats played at Wimbledon Nadal came through in what some call the greatest tennis match ever. Nadal won 9-7 in the fifth set with the gloom descending on the court late on a Sunday evening. This time they play in semi finals and Wimbledon Centre Court now has a roof and the option of closing the roof and turning on the lights if the match does go on late.

Nadal leads their rivalry 24-15 overall and 10-3 at Grand slams so some might say he has the edge but their record at Wimbledon shows Federer winning twice and Nadal only once, all of these matches were in finals.