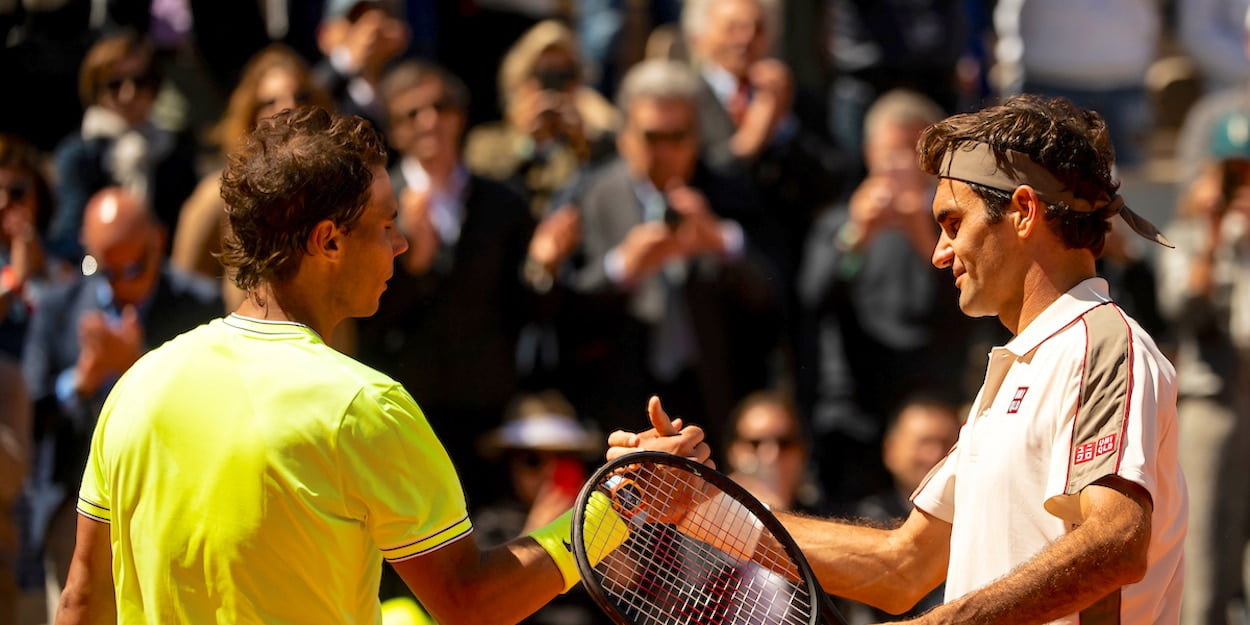 Rafael Nadal: ‘When you ask me about Roger Federer’s Grand Slam record, I always say the same…’

Rafael Nadal says he is ‘not obsessed’ with winning more Grand Slam titles than Roger Federer, although he does hold lofty ambitions.

Nadal has won 19 major titles in his career so far and will be a strong favourite at the French Open again later this month.

Should he win a 13th Roland Garros title, he will draw level with Federer with 20, but he claims that isn’t as important to him as it seemingly is to others.

“When you ask me about Roger Federer’s record, I always say the same,”Rafael  Nadal told the press as he heads to Roland Garros.

“I made my entire career in my way and will keep doing that.

“I’m not obsessed with those 20 Major titles; I can’t always think about Roger or Novak Djokovic and our race for most Majors.

“I know journalists put a lot of attention on that. I would love to finish my career on 25 Majors, but that’s unlikely to happen.

“I’m going to fight and create chances; we will see when I finish my career. I want to keep enjoying tennis, that’s all.

“If I’m playing on a high level, I’m a Major contender. If not, it’s impossible to win it.”