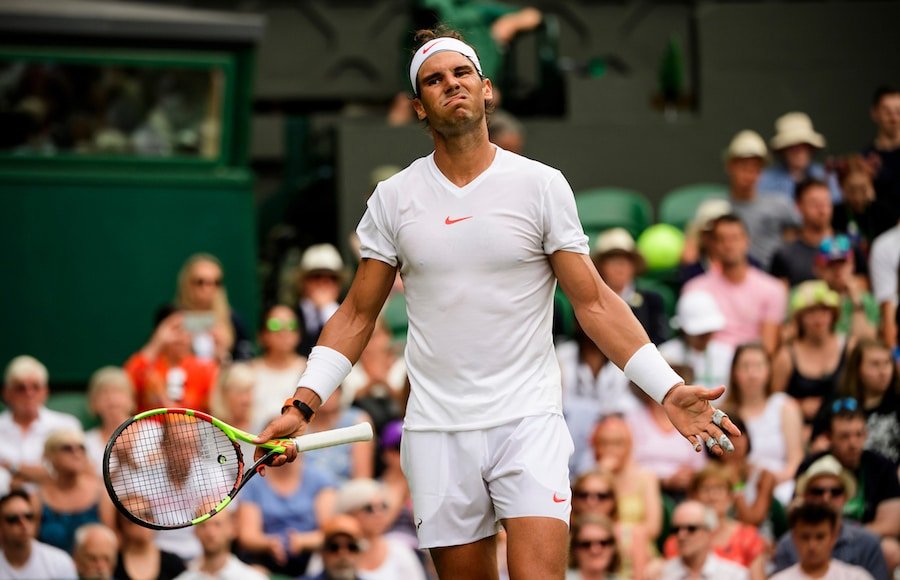 World no.2 Rafa Nadal has spoken out on the unique system used by the Wimbledon organisers to seed the top players in the men’s singles

Rafa Nadal is obviously not a fan of the fact that he will be seeded lower than Roger Federer at Wimbledon this year thanks to the formula Wimbledon applies when seeding just the mens’ singles.

Nadal was speaking to one of his sponsors, Movistar, when he said, “Only Wimbledon does it. There have been many occasions when players have played well all year on all surfaces but Wimbledon does not respect the ranking they have earned.”

This year Nadal will be seeded No.3 at Wimbledon which means he has a chance of meeting Novak Djokovic in the semi final rather than the final. If he was seeded No.2, in line with his world ranking, then he would be guaranteed to not have to play Djokovic until the final.

The men’s seeds are calculated as follows at Wimbledon:

Wimbledon is the only Grand Slam that employs this system because they feel that grass is a unique surface which effects the play significantly enough to warrant a change in the seedings.