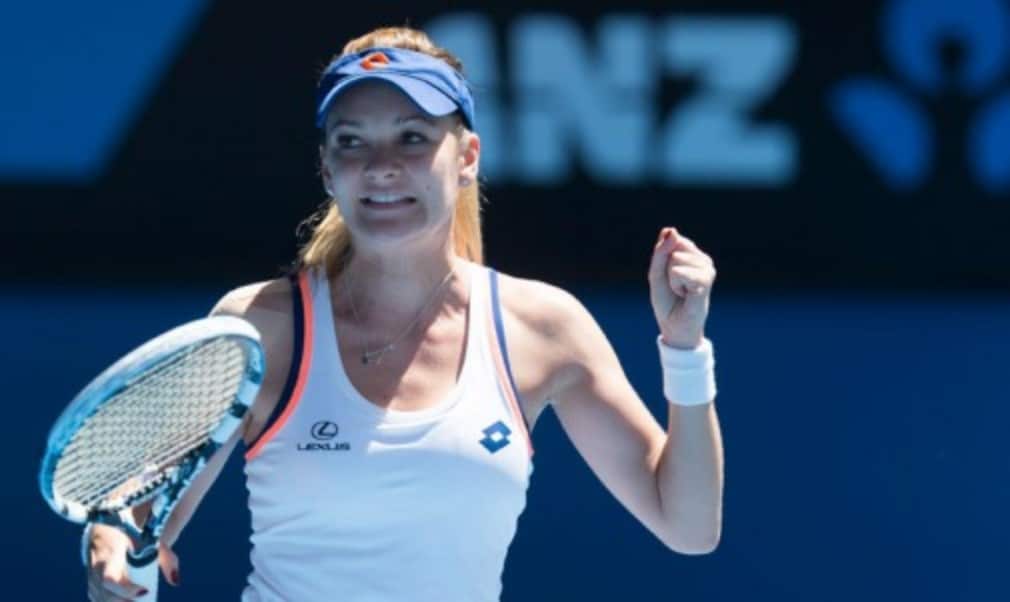 However, the No.2 seed suffered a similar fate in the quarter-finals as she was upset 6-1 5-7 6-0 by Agnieszka Radwanska. Following Novak Djokovic’s defeat to Stanislas Wawrinka on Tuesday, it is the first time in the Open era that both Australian Open defending champions lost in the quarter-finals.

The last time the two defending champions were beaten in the quarter-finals of a Grand Slam was at the French Open in 1997, when Steffi Graf and Yevgeny Kafelnikov were beaten in the last eight by Amanda Coetzer and Gustavo Kuerten respectively.

Radwanska had lost all four of her previous quarter-finals in Melbourne, including her 2012 match against Azarenka, and had not beaten the Belarusian in seven meetings.

"It's hard to play someone I've lost to so many times before – and she's a great player, especially here, she's playing amazing tennis," Radwanska said. "On the other hand, I really had nothing to lose. She was defending the title, not me. I just tried to play my best tennis and go for every shot I could. I'm just very happy because I was really playing great tennis."

Azarenka will bidding to win a third straight title at Melbourne Park, but she was helpless against an inspired Radwanska, who made just 15 unforced errors to her opponent’s 47.

“My game wasn’t there today as I wanted it to,” Azarenka admitted. “She was getting to every ball.  She guessed, you know, so many of my shots. She was aggressive.  She was making everything.  She was guessing right.  I was just playing a little bit too predictable.

“She was solid from the baseline.  She came in when she needed to.  She served well in the important moments.  She was just doing everything a little bit better than me.  I was just watching.  I was like a spectator a little bit.”

Standing between Radwanska and a place in her second Grand Slam final is Dominika Cibulkova, who followed up her shock fourth-round win over Sharapova by beating No.11 seed Simona Halep 6-3 6-0.