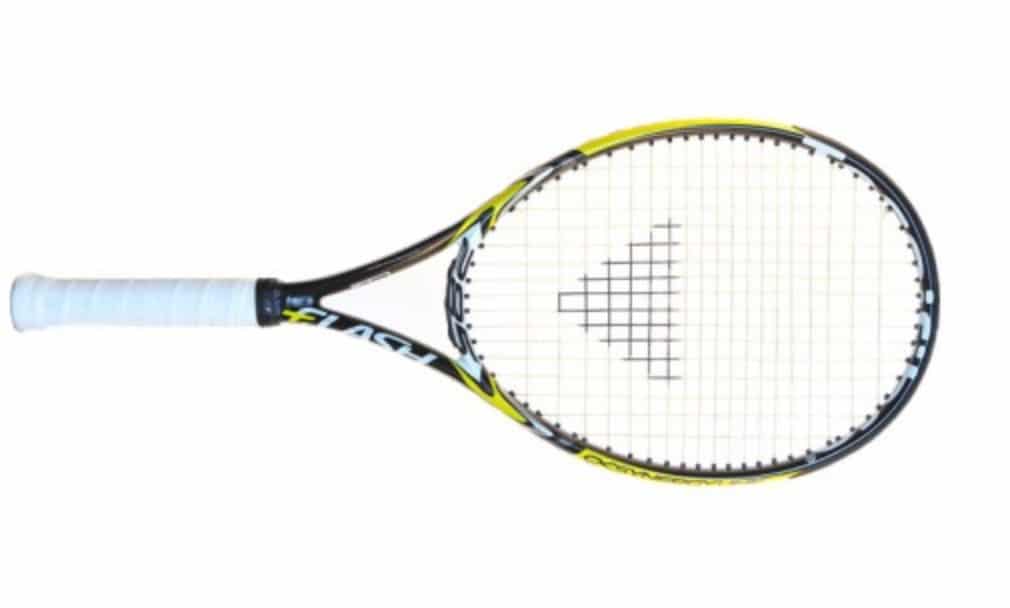 As our testers found with its bigger brother (the T-Flash 300) in the advanced racket test, you have to commit to playing with spin to get the best out of this one, but when you do it rewards you in spades.

The 285 is perfect for players with long swing patterns and extreme grips, with enough pop to attack from the back or step into the court and take on the short ball.

Tecnifibre themselves bill the 285 as an attacker’s frame with an emphasis on “power stability”, ideal for up-and-coming baseliners being trained to play in the mould of Nadal and the spin kings.

Voted baseline beast: As we found in our advanced racket test, Tecnifibre is rivalling fellow French marque Babolat when it comes to producing rackets that fit the modern tennis player like a glove. Expect to see the T-Flash family become a staple at junior tournaments nationwide – no other intermediate racket responded so well to playing with the extreme topspin styles employed by Messrs Nadal, Murray and Djokovic. While it’s not for everybody – particularly those who learnt to play a flatter, all-court game – as a development frame it’s second to none.