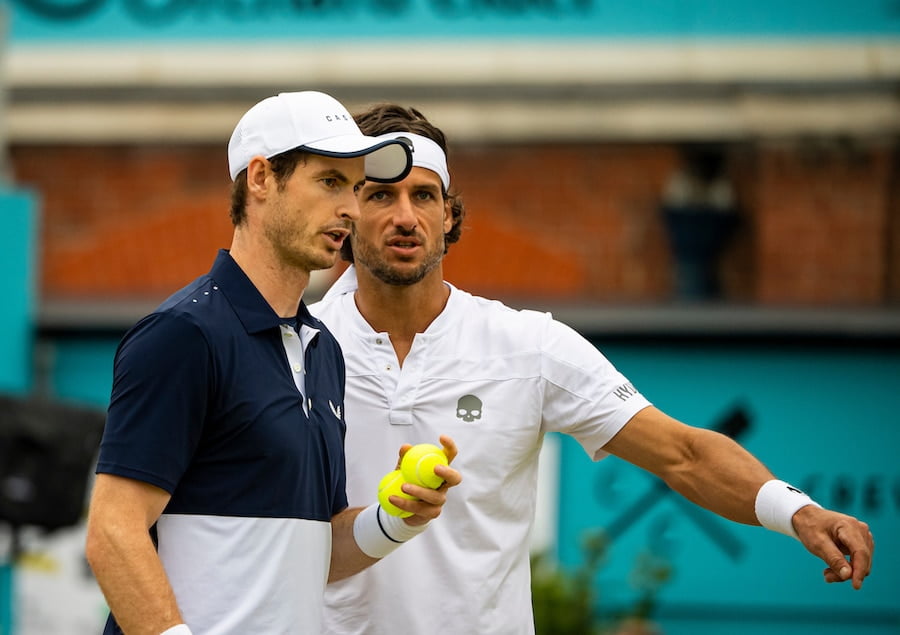 Queens Singles and Doubles champion Feliciano Lopez will be the second match on Court One at Wimbledon today in a tough match up with Russia’s Karen Khachanov.

37 year old Feliciano Lopez has three times been a quarter finalist at Wimbledon, though his most recent came eight years ago. He will hope that the sensational week he had in Queens, when he partnered Andy Murray on his return to tennis after hip surgery, will provide him with a new lease of energy to progress far at SW19 again.

23 year old Karen Khachanov is seeded 10th at this year’s Championships, despite only having played Wimbledon twice. He was seeded 30th for his first in 2017 when he beat compatriot Andrey Kuznetsov and Brazilian Thiago Monteiro, before losing to Nadal in the third round. He bettered this last year when he made the fourth round winning five setters against Marcos Baghdatis and France Tiafoe en route. A straight sets victory against Djokovic ended his run though.

Khachanov goes into the tie a slight favourite and possesses a 2-0 lead over the Spaniard. He beat him earlier this year in a close match at Indian Wells. This however is their first meeting in a best of five set match.

Khachanov was given problems in his first round match against South Korean qualifier Kwon Soon-Woo. The Russian was forced to fight hard to win the first two sets 7-6 6-4, before he lost the third 3-6. A 7-5 third set secured Khachanov a second round appearance for a third consecutive year.

Veteran Lopez had it much easier in his first match, when he defeated American qualifier Marcos Giron 6-4 6-2 6-4 in just an hour and a half. Lopez will hope to make the third round for a 12th time.