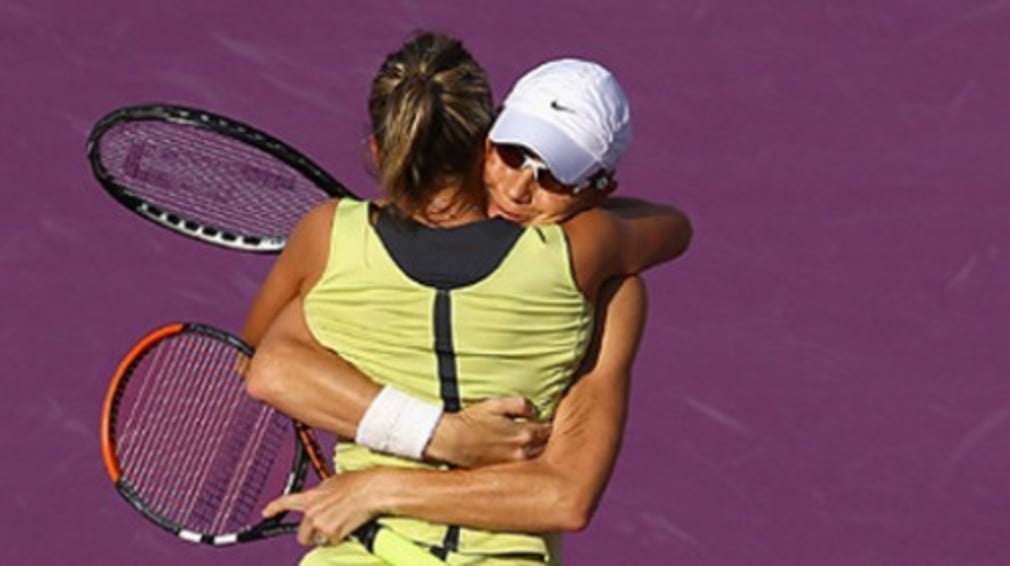 Kveta Peschke and Rennae Stubbs needed a champion’s tie-break to see off last year’s beaten finallists Ai Sugiyama and Katarina Srebotnik 6-3 2-6 10-4 and reach the final of the Sony Ericsson Championships.

They now face world No.1 doubles pair Cara Black and Liezel Huber hoping for a repeat of February’s Qatar Total Open final at the Khalifa Tennis Complex, where the pair sealed their sole title in 2008.

Both pairs started nervously, trading breaks in the opening two games. But it was Peschke and Stubbs who found their rhythm first, breaking Sugiyama in the third game and holding out to claim the first set, and breaking early in the second.

But 2007 runners-up Srebotnik and Sugiyama’s broke Stubbs’ serve and set off on a four-game streak that put them right back in the match. Three games later the second seeds levelled, with Peschke double faulting on set point.

The champion’s tie-break was an altogether different affair. Peschke and Stubbs took the initiative, winning the first seven points and although Srebotnik and Sugiyama mounted a minor four-point comeback it was too little, too late.

“The competition in women’s doubles at the moment is just unbelievable,” said Stubbs, making her 13th appearance at the season finale. “There could have been six or seven or eight teams that made the Championships this year. We feel really fortunate to be here.”

They’ll face familiar opposition in the final, but the top seeds are in ominous form; Black and Huber cruised past Spanish opponents Anabel Medina Garrigues and Virginia Ruano Pascual on Saturday afternoon, crushing them in the first set 6-1.

“We’re ready to play, we’re going to give it 100 percent and whatever happens, happens” – Black