Patrick Mouratoglou exclusive: “The game has become very physical. It can be hard for an 18-year-old”

After watching Stefano Tsitsipas win the Open 13 Provence ATP title this weekend, world renowned coach Patrick Mouratoglou says: “Moving from juniors on to the professional tour is tough – but we’re there to help”

Making the transition from juniors to seniors is one of the biggest challenges in tennis. Just coping physically can be really tough. The game has become very physical and it can be hard for an 18-year-old or 19-year-old to match the strengths of all those older players still excelling at the highest level.

That’s why I’ve created what I call “Team Mouratoglou” at my academy in Sophia Antipolis, just 15 kilometres from Nice on the French Riviera. The idea is to help our academy players who did well as juniors and are now trying to find their way on the professional tour. At the moment the team comprises Stefanos Tsitsipas and Alexei Popyrin, but given the number of outstanding junior players we have coming through, I’m sure the number will rise very fast.

We want to give the players more individualised support as they find their feet in the senior game. A tennis and fitness coach will travel with the players at tournaments all year round. I will be in regular touch with the coaches to supervise and follow their progress.

It’s working well. Tsitsipas, a 19-year-old from Greece, took big strides forward in 2017 and 2018 and is now rankled 11 in the world. Denis Shapovalov was the only player younger than him in the world’s top 100 at the start of 2018 year. Tsitsipas beat David Goffin to reach the semi-finals in Antwerp at the end of 2017 and started 2018 by beating Richard Gasquet to make the quarter-finals in Doha.

Alexei Popyrin, an 18-year-old Australian, won the French Open boys’ title last summer and in January of 2018 he reached the main draw of an ATP tour event for the first time when he beat Federico Delbonis and Nicolas Mahut in qualifying in Sydney.

I think we’re the strongest academy in the world in terms of the level of our juniors. That pleases me more than anything else, because I see developing young players as the key part of our job. Our players won seven Grand Slam titles in juniors and we have three world champions. Over the years our players have won all the biggest tournaments, like the Orange Bowl and the Petits As.

Our current crop of juniors includes Chun Hsin Tseng, who reached the final of the boys’ singles at the 2018 Australian Open, Dalayna Hewitt, who made the quarter-finals of the girls’ singles in Melbourne, and Cori Gauff, who was runner-up in the girls’ singles at the US Open. In the younger age groups we have Dasha Lopatetskaya, who is the European under-14 champion, and Linda Fruhvirtova, who won the under-12 event at the Orange Bowl. In fact we have players who are in the top three in the world in all the junior age groups.

One of the great things we are able to offer to juniors is the chance to hit with some of the world’s best players. Our 34 courts, of which 17 are clay and 17 hard, build the ideal training base. Jeremy Chardy and Alize Cornet are based permanently at the academy and there are many more top professionals who come to train with us from time to time.

Serena Williams was practising at the academy in April of 2018 in preparation for her clay-court campaign. Novak Djokovic, who has hit several times with Tsitsipas, Stan Wawrinka, Grigor Dimitrov, Milos Raonic, Sascha Zverev, Alexandr Dolgopolov, Viktor Troicki, Jan-Lennard Struff and Donna Vekic have all trained with us. Andy Murray came to the academy last year in order to prepare for the clay season and actually presented the trophy to the winner of the Challenger tournament which we held at the academy.

Ever since I opened my academy in Paris 22 years ago I’ve wanted to provide something for all types of tennis players, not just current and potential professionals. That’s been even more the case since we moved two years ago to our current premises. I want anyone who loves tennis – whatever their age, whatever their ability and whatever their goals are – to be able to find something at the academy that appeals to them.

At the core of our tennis activities are our tennis and school programmes. We have about 170 student-athletes between the ages of 10 and 18 who live here full-time. They attend either the French or international school (both based on site), play tennis and live on the student campus next to the courts. We also take the students to tennis tournaments and provide them with coaches to follow and support them. We have accommodation for 300 people and are currently building an additional apartment block.

All our students graduate with a baccalaureat or high school diploma. As for their tennis careers, our goal is to help them to become professionals or to get to a level where they can earn a scholarship at an American university. We’ve been negotiating scholarships with American universities for two decades and send about 40 players across the Atlantic every year.

We also have around 3,000 players who come to our tennis camps every year. We do intensive tennis camps, semi-intensive camps and camps where you can learn English or another language. The courses can be tailored to whatever length you want. We can sign those attending two-week camps into local tournaments and provide them with our coaches. Our camps for adults include weekly camps and weekend camps.

Last year we also staged a hugely successful wheelchair tournament, which I would like to make the biggest of its kind outside of the four Grand Slam events. The tournament director is Michael Jérémiasz, who was the world No 1 wheelchair player and used to train at the academy.

Holidaymakers can stay at the 160-room four-star hotel at the academy and take advantage of our spa and three swimming pools. The hotel is very popular for families. One or two of the kids can join a tennis camp, for example, while the parents head to the beach. We’re 15 minutes from the sea and only 45 minutes from the nearest ski stations in the mountains.

We also have 700 members of our country club who are tennis lovers and enjoy being able to play at the academy alongside current and future champions.

When I was at the Australian Open at the start of this year there were days when the temperature exceeded 40C. At the academy we never got close to matching that in January, but as I sat outside in beautiful sunshine enjoying lunch just a few days after returning from Melbourne, I was reminded of one of the major reasons why we moved to the south of France.

Paris can be wet and cold for much of the year, whereas it rains only 40 days a year here. No wonder five million people come to the French Riviera on holiday every summer. 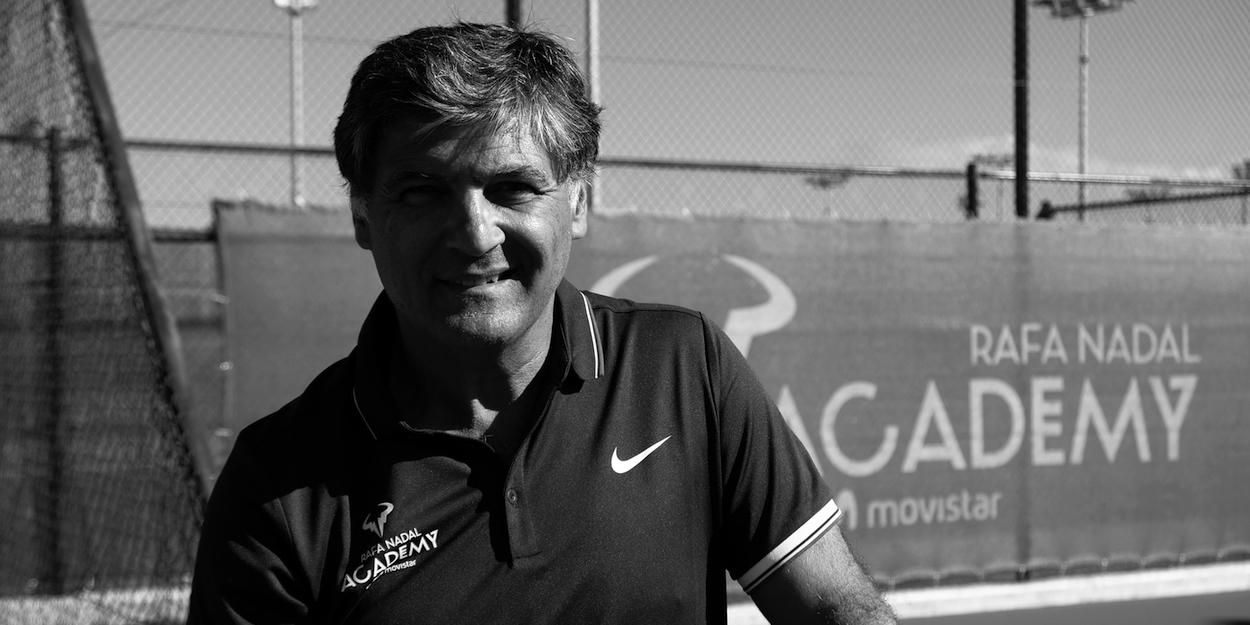 “We treat everyone here the same” Exclusive interview with Toni Nadal, head of the Rafa Nadal Academy