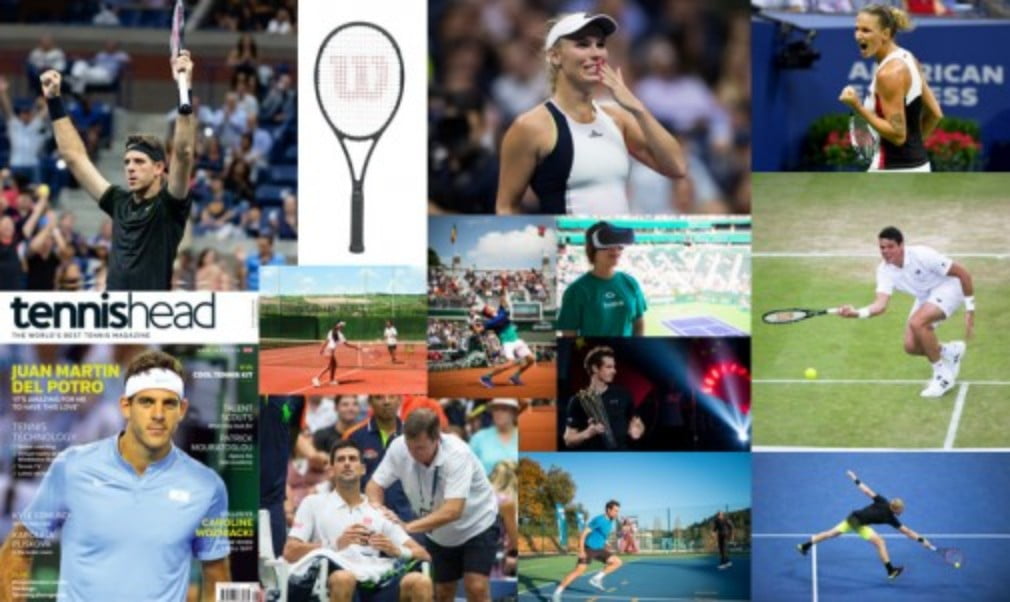 Fresh from his victory in Stockholm last week – his first ATP title in nearly three years – Juan Martin Del Potro makes his debut on the cover of tennishead magazine. After nearly quitting the sport following a series of wrist operations, wins over the world’s top players this summer suggest that Delpo is back to his best – can he top a remarkable comeback by guiding Argentina to a first Davis Cup trophy?

In an exclusive interview with tennishead, Caroline Wozniacki reveals she has already set a date for her retirement, and reveals her plans for life once she hangs up her racket.

We talk to British No.2 Kyle Edmund on his breakthrough season, and his love of cars, while Karolina Pliskova reflects on a memorable summer after winning in Cincinnati, reaching the US Open final and climbing to a career high ranking of No.5.

Regular contributor Patrick Mouratoglou opens the doors on his new multi-million pound training base, while Mats Merkel gives an insight into what talent scouts are looking for when watching young players.

It’s less glamorous than spin and power, but gear editor Michael Beattie explains why comfort is the new big thing in racket technology, plus we take a look at how we might watch tennis in ten years’ time.

With stunning images from Shanghai, comprehensive results from the autumn and fantastic competitions, you won’t want to miss this issue.

For all this, and much, much more, get your hands on a copy of tennishead today. On sale in selected branches of Tesco, Sainsbury's and WHSmith. Click here to subscribe.

Check out a preview of the magazine below – selected pages only