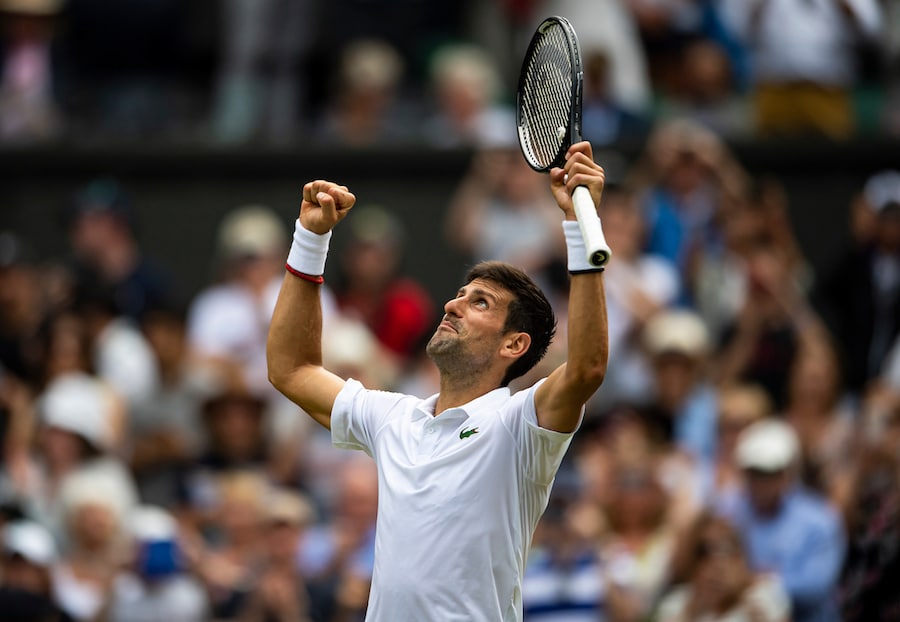 World number one Novak Djokovic will bid to make his sixth Wimbledon final as he takes on 22nd ranked Roberto Bautista Agut.

Despite being in his first ever Grand Slam semi final, 31 year old Bautista Agut has beaten Novak Djokovic in their two meetings this year. In the Tour’s opening week, the man from Castellón de la Plana beat Djokovic 6-3 6-7 6-4 in the final of Doha. He followed this up in their last meeting, again surprising the Serb in Miami, beating him 1-6 7-5 6-3 in the fourth round. Before these two matches however, Novak Djokovic had a 7-1 lead against the Spaniard, so still goes into the match four up. Furthermore the man from Belgrade has won all three of their previous Slam meetings in four sets, at the US Open in 2015 and Roland Garros in 2016 and 2018.

Playing his ninth semi final at SW19, 32 year old Djokovic has not lost one since 2012 when eventual champion Roger Federer beat him in four sets. Since then Djokovic has won the five semi finals he has been in. A title this year would put Djokovic above Rod Laver, Anthony Wilding and Richard Doherty for most Wimbledon titles of all time, seeing him go into joint third with Bjorn Borg and Laurence Doherty on five. His first title came in 2011.

Before 2019 Bautista Agut had never been in a Grand Slam quarterfinal, losing all nine appearances in a fourth round across all four Slams. However a five set victory over Marin Cilic at the Australian Open this year gave him a birth into his first quarter final. He lost in four sets to exciting youngster Stefanos Tsitsipas. At Wimbledon he’s managed to make a second quarter final, beating 28th seed Benoit Paire in the fourth round, before going onto beat Guido Pella to make the semi-final.

Bautista Agut, who is set to be getting married in November, was supposed to be in Ibiza now on his stag-do. The surprise Wimbledon run has caused him to delay the trip, with his six friends coming over to London to support him instead.

Having beaten Djokovic in their two matches this year, Bautista will hope he can make a first Slam final, but 15 time Slam champion Djokovic will go in favourite to make the final where he will face either one of fellow ‘Big Three’ Rafael Nadal or Roger Federer.