Novak Djokovic has a slim chance of claiming a 6th year ending world No.1 crown but Rafa Nadal is currently in the best position with a healthy 1280 points lead over the Serb

Novak Djokovic is leaving no stone unturned in his quest to finish 2019 as the best male tennis player on the planet, a feat he’s achieved no fewer than 5 times before. He visited Patrick Mouratoglou’s renowned French tennis training academy to fine tune his game in advance of his next ATP tournament stop in Paris. 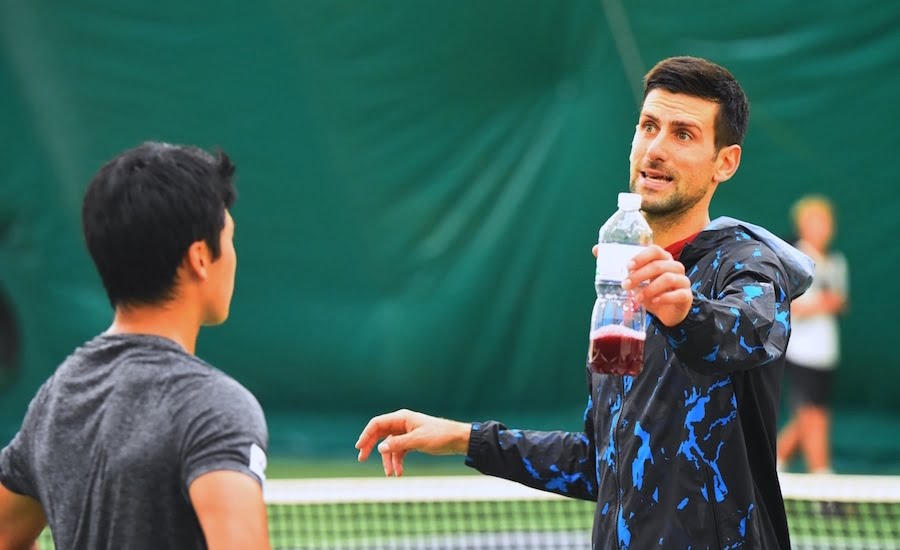 The small matter of the Davis Cup will need to be battled out beforehand but there are no ranking points on offer in Madrid which leaves Djokovic with just thew Paris Indoors and the year ending ATP Finals in London to claim the ranking points he needs to overtake his rival Nadal.

The Mouratgolou Academy was founded by the coach to Serena Williams, Patrick Mouratoglou, and is now a regular training ground for many of the worlds’s top stars including Andy Murray and Stefanos Tsitsipas. Djokovic spent the day at the academy in Nice, South of France, where he practised for two hours with Naoki Tajima (JAP) one of their academy’s pro team players (World ranked 622). Djokovic then used the ‘state of the art’ sports-medicine center for a massage before taking time to have a photo session with the star struck youngsters who were training at the academy on the same day.

Novak-ation from tennis when you’re the world’s best. @DjokerNole pic.twitter.com/BZKTjFAElc

Mouratoglou has often courted controversy with his outspoken views on the need to ramp up the excitement on the professional tennis court specifically in the area of on court coaching, which he feels would enable the sport to grow by increasing the engagement and improving the experience for the general tennis fans. He recently signed a long term partnership agreements for the Academy with tennis shoe and apparel brand ASICS and racket manufacturer Dunlop.