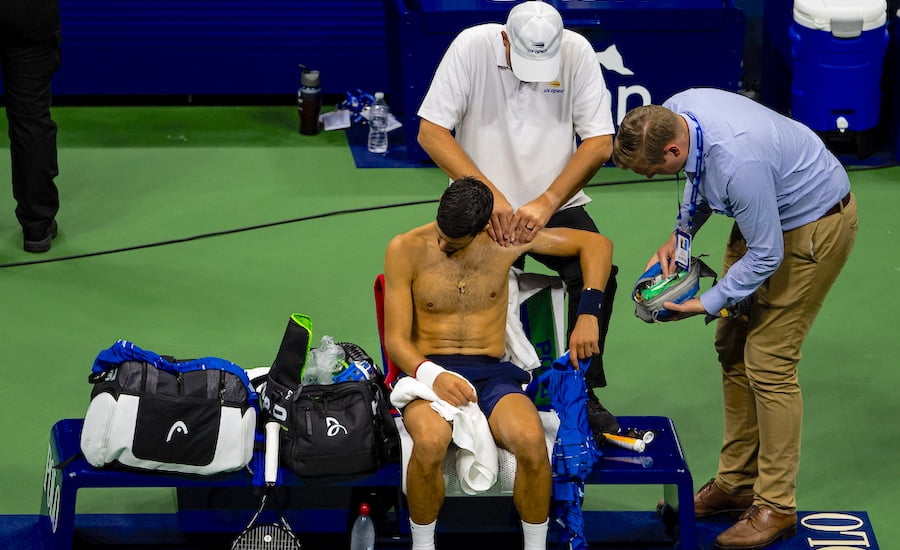 It’s the record that no tennis wants to achieve but, with the injury forced retirement of Novak Djokovic at the this year’s US Open. he’s now added to an illustrious list, a list that will surely never include Roger Federer.

Novak Djokovic has now retired from all four of tennis’s Grand Slams. Without doubt a record he never wanted to achieve but, for someone that plays the game in such an energetic style and considering the brutal nature of tennis points on hard courts in the current era, is it any surprise?

What’s more surprising is that Roger Federer, the man whose Slam record Djokovic has recently admitted he wants to beat, has NEVER retire hurt during a tennis match, let alone one of the Grand Slam tournaments.