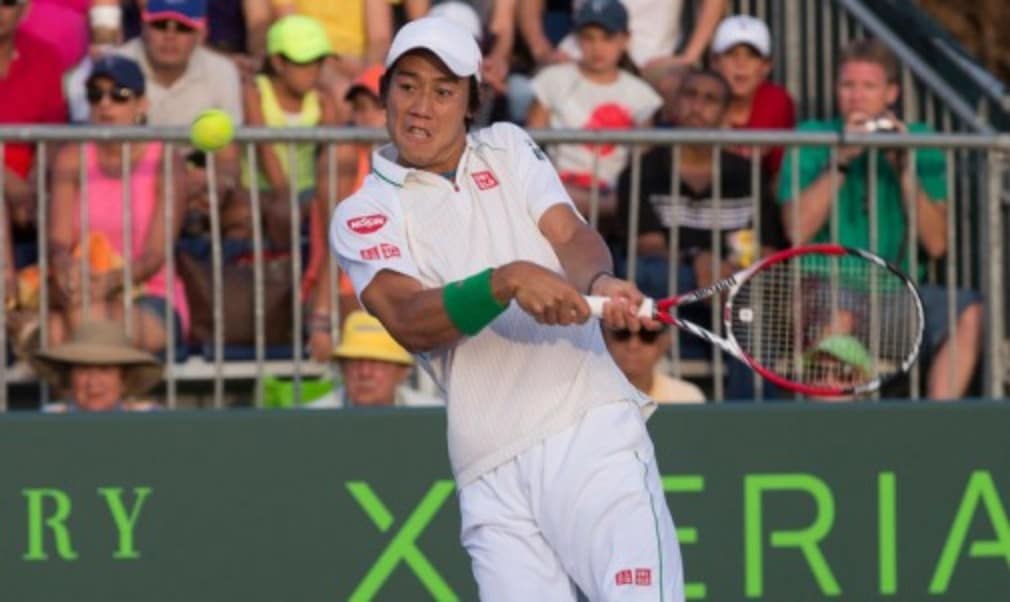 The 24-year-old needed just an hour and 13 minutes to sweep aside Colombian Santiago Giraldo 6-2 6-2 in the final of the Barcelona Open Banc Sabadell.

Fourth seed Nishikori broke three times in the opening set and then twice more in the second to win his fifth tour-level title.

"I always love to come to Barcelona and it is a pleasure and honour to be here," said Nishikori, who moves up five spots to No.12 in the world with victory, one shy of his career-high ranking. "Thank you to my team, Dante (Bottini) and Michael (Chang), and I hope I come back next year and defend this title.

"It is not easy to win this title with all the Spanish players that play here. It is one of the most difficult ATP 500 tournaments and I am very happy to win. There are three big tournaments coming up in Madrid, Rome and Roland Garros so I hope I can do well and increase my points. My next goal is to get to the top 10.”

In the first Barcelona final not to feature a Spaniard since 1996, Nishikori won three of Giraldo’s four service games in the opening set to take charge of the match.

The Colombian, who had beaten three seeded players on his way to the final, struggled again with his serve in the second set as Nishikori raced into a 5-1 lead before sealing a comfortable win.

"Hopefully I can get to the Barclays ATP World Tour Finals," added Nishikori. "I was close to the top last year. It's the toughest thing to stay up there and hopefully I can."

Elsewhere, Grigor Dimitrov moved up to No. 14 in the world after winning the BRD Nastase Tiriac Trophy in Bucharest without dropping a set.

The top seed ended Lukas Rosol’s nine-match winning streak at the tournament with a 7-6(2) 6-1 win over the defending champion in the final.

“It feels good to have won,” said Dimitrov. “I lifted my game, not having been happy with my previous matches in the tournament. I knew I had to lift my level, especially after the first set. Lukas is a very good winner, who hit some outstanding winners. It was a pleasure to play in front of Ilie Nastase and other greats. I have worked really hard to start winning titles. I have put in enough effort, time and sacrifices to get here.”