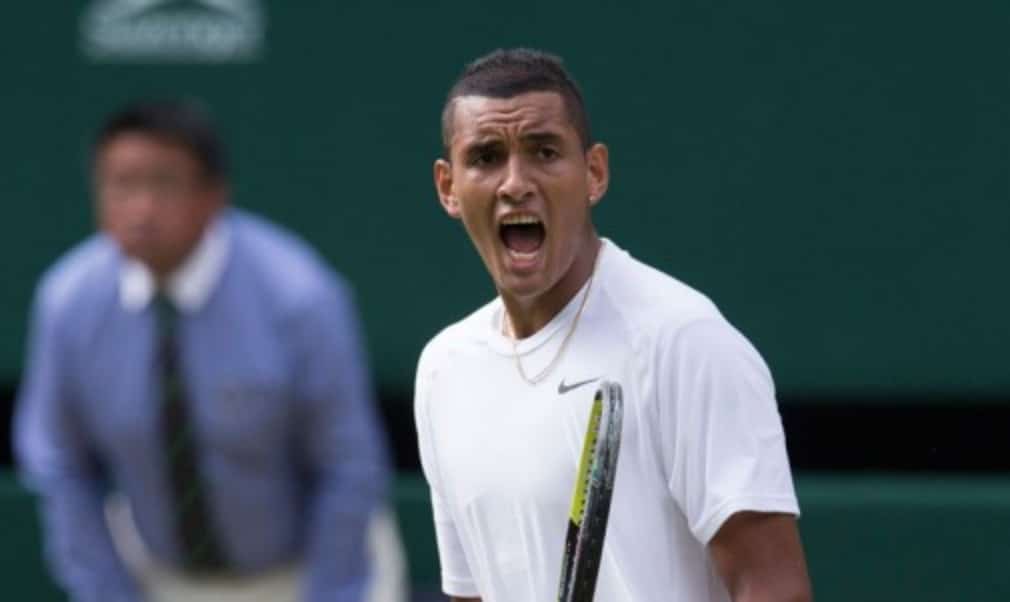 A giantkilling run at the All England Club saw him break into the top 100 in spectacular fashion, beating Richard Gasquet and Rafael Nadal en route to the last eight. Now ranked No.29, Kyrgios is seeded at a Grand Slam for a second time, and he admits there is now greater pressure when he steps onto the court.

“It’s all happened really fast,” said Yonex ambassador Kyrgios, who met fans at Aneelsports in Kensington on Friday. “I’m still getting used to everything, a lot of commitments but I’ve got a good team around me to help me through that. A lot has changed on the court, there’s a lot more expectation and a lot more pressure as well, but I’m enjoying that.”

Kyrgios backed up his run at Wimbledon with a run to the third round at the US Open last year before reaching the last eight at the Australian Open in January, eventually falling in straight sets to runner-up Andy Murray. He continued his rise up the rankings after reaching his first ATP final at the Estoril Open in May before upsetting Roger Federer at the Mutua Madrid Open, a result he values higher than his shock win over Nadal at Wimbledon last year.

“I think [Federer] is the greatest of all time and he has been my idol growing up,” said Kyrgios. “When I walked out on court against him and to get a win against him was definitely my biggest achievement.”

Kyrgios, who faces Argentinian Diego Schwartzman in the first round with a potential third round rematch against Milos Raonic, the man who ended his run at Wimbledon last year, believes the grass offers him his best opportunity.

“It would have to be Wimbledon, definitely,” said Kyrgios of which major he would most like to win. “I think it suits bigger servers better and I feel as though I can get my first big aggressive shot on grass so I think grass is my best surface.”

Having beaten Nadal and Federer and lost to Murray on three occasions, Kyrgios is keen to pit his talents against the only member of the 'Big Four' he is yet to encounter: world No.1 Djokovic.

“At the moment he’s the best player on tour, he’s playing some unbelievable tennis and he’s the one guy for me that doesn’t really have a weakness," he said. "I think it’d be an exciting match if I ever got the chance to play him. I’d like to think I’d go well but every time I see him play he always surprises; he makes an unbelievable amount of balls, he’s a great athlete and he can hit the ball big as well.”

Kyrgios was speaking at a meet-and-greet with fans at Aneelsports, 138 Kensington High Street