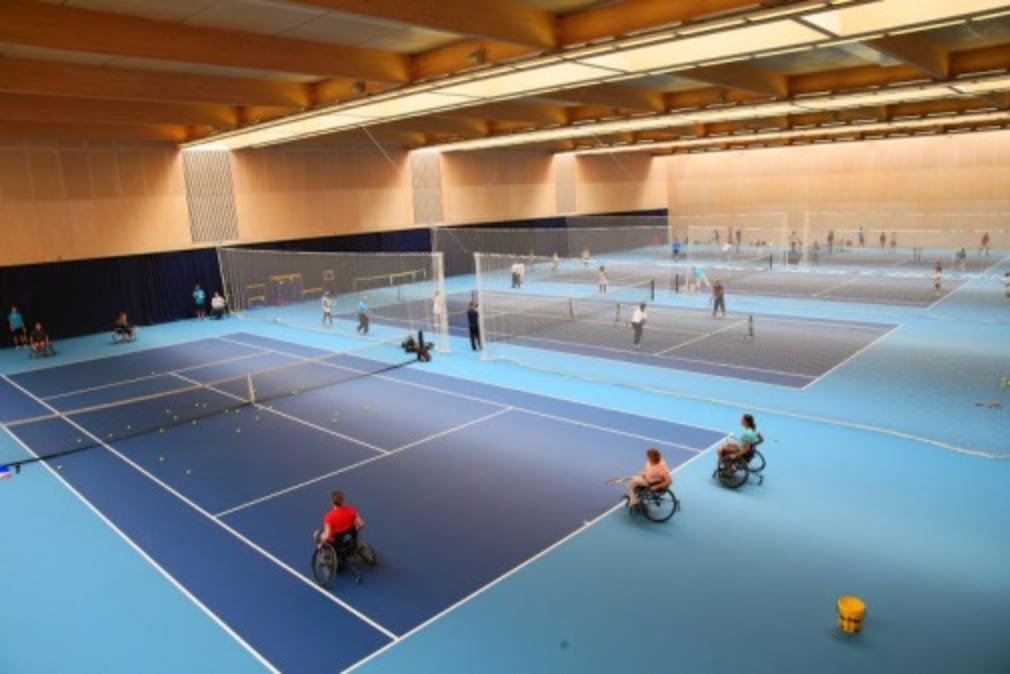 While the top eight men battle out for the year-end crown at the O2, the stars of wheelchair tennis will also compete for one of the sport’s most coveted prize as the NEC Wheelchair Masters heads to the capital for the first time in its history.

The Lee Valley Hockey and Tennis Centre, stage of the Paralympics tennis at the Olympic Park, will host the event from the November 26-30. And the memorable scenes of summer 2012 will hopefully be evoked as home favourite Jordanne Whiley takes to court.

“Everyone is really excited about it being back in the Olympic Park so I think they’re going to make quite a big deal out of it. It’ll be great fun and I’m really looking forward to it,” she said.

Whiley will compete in the women’s singles event after finishing the year ranked sixth in the world. Last year the 22-year-old reached the semi-finals on her NEC Masters debut, becoming the first Brit in the event’s history to do so.

The achievement was one of many that Whiley has packed into her short career already. This year she completed the Grand Slam in women’s doubles with her Japanese partner Yui Kamiji, the first time a British player has done so. She also memorably won Paralympic bronze with Lucy Shuker at the Olympic Park two years ago.

“It will be so good to be back where I won my bronze with Lucy in such thrilling circumstances,” said Whiley. “I hope that we will have lots of fans cheering us Brits on once again, just like we had at the Paralympics, and that will inspire me to another personal best performance.”

The Lee Valley Hockey and Tennis Club was reopened in spring as part of the renovation of the Olympic Park following major renovation. The venue now features two hockey pitches, six outdoor tennis courts and four indoor courts, where the Masters will take place.

Whiley, who was diagnosed with brittle bone disease aged three, said it was “strange to be back” at the park for the official opening ceremony. The centre court from the games is now a hockey pitch but there will be around 650 seats for spectators to view the Masters.

Johanna Farquharson, Managing Director of the event, explained: “It’s a round-robin format, so the eight players are divided into two groups of four, and the top two players from each group advance to the semi-finals. There are three divisions; the men’s, women’s and quads so there is a round-robin format in each of those.

“There is British interest in all three divisions; we’ve got Gordon Reid, Jordanne Whiley and Andy Lapthorne so that’s great news for British fans.”

Gordon Reid will compete in the men’s singles as world No. 3, while Andy Lapthorne will contest the quad singles as the second-ranked player. With London winning the rights to hold the event for the next three years, it is hoped the sport will become less Dutch-dominated.

First staged in 1994, the Masters was held in Holland for 17 straight years until moving to Belgium in 2011. When Kamiji won last year’s women’s singles she became the first non-Dutch player to do so, with Esther Vergeer winning it an incredible 14 years in a row. With the memories of London 2012 still fresh in the memory, perhaps her partner Whiley will give the crowd something more to cheer about.

Tickets for the NEC Wheelchair Tennis Masters start at just £10 and can be purchased via the tournament website:www.wheelchairtennismasters.com.