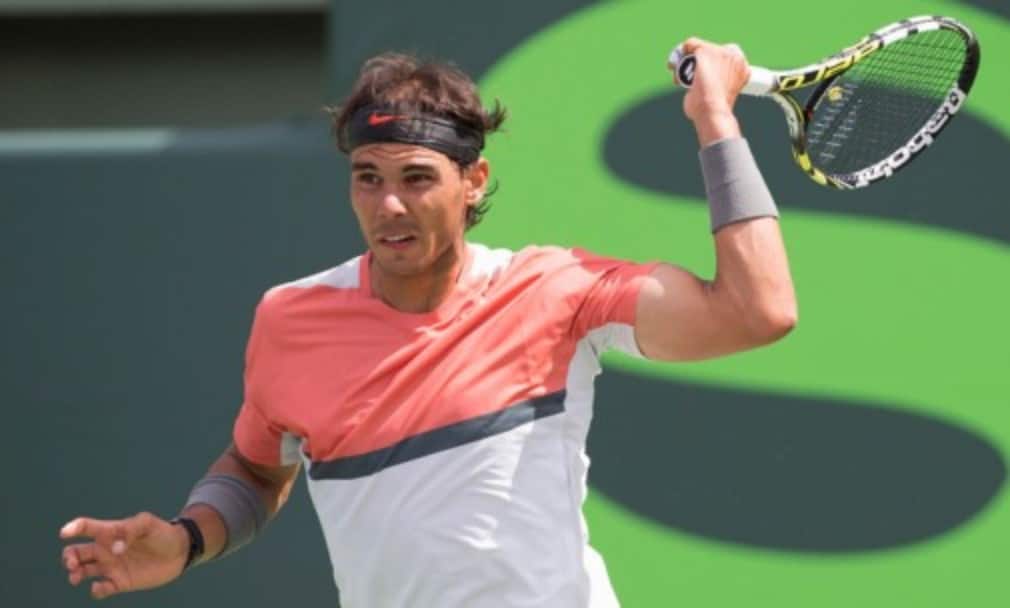 The Japanese started the match on the front foot and stunned the partisan crowd by taking the opening set 6-2 in 36 minutes.

Nishikori continued to dominate in the second set as he broke to love in the first game.

He then held serve from 0-40 down in superb fashion and looked to be on top with a 4-3 lead until he needed a visit from the trainer for his back after the seventh game.

The problem appeared to be aggravated in the next game after a long rally and Nadal immediately broke before stepping up a level to take the set 6-4.

Although Nishikori battled through three games in the decider he eventually retired at 3-0 down as his run of 14 successive wins came to an end.

"I am very disappointed about what happened today in this final," said Nishikori. "Unfortunately, I was hurting already and I tried to fight but Rafa was too good today so congratulations to him.

"It's been a great few weeks for me in Spain. I won in Barcelona and now here the final in Madrid so it's becoming like a second home to me."

Unlike in previous years, the title is Nadal’s first of the season on clay following shock defeats in Monte Carlo and Barcelona.

While his performance did not entirely erase doubts over his unconvincing form, the world No.1 said it was an ‘important victory’. "

"Winning at home is always more special than winning anywhere,” he said. “Having the chance to play in front of your home crowd… is unforgettable for me. This city gives me a lot. This is a very important victory for me.

"I'm very sorry for Nishikori. He's an unbelievable player that will fight to be in London [at the ATP World Tour Finals], I am sure of that.”