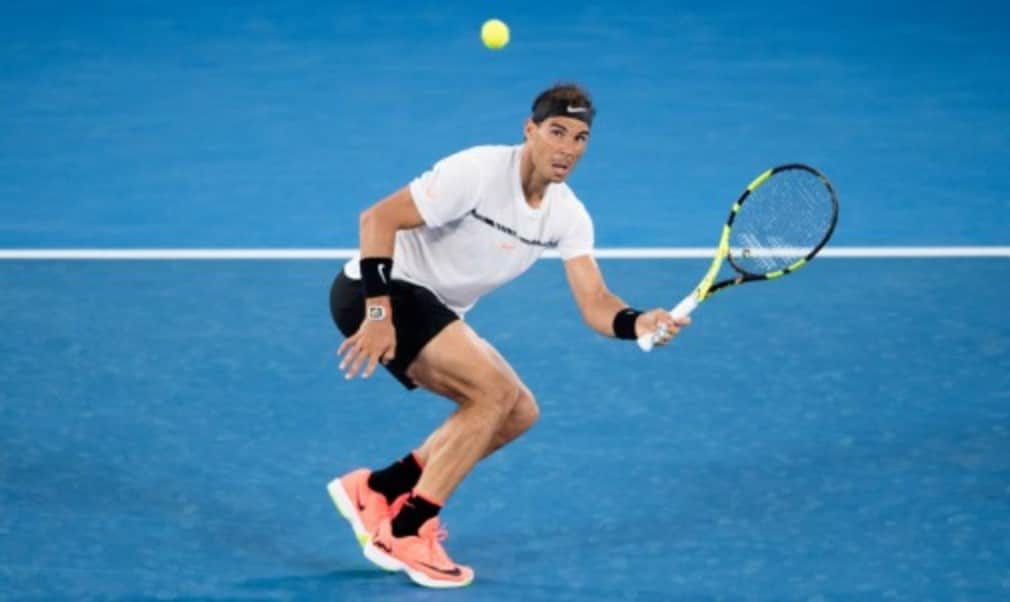 The world No.9 claimed his first win against a Top 10 opponent at a Grand Slam in nearly three years with a hard-fought 6-3 6-3 4-6 6-4 victory under the roof on Rod Laver Arena to reach the last eight of a major for the first time since the 2015 French Open.

Nadal had won 12 of their previous 14 encounters and when the pair last met in Melbourne three years ago, Monfils won just six games as Nadal swept through their second round match in straight sets. Back in 2014, Nadal was the No.1 seed; Monfils unseeded. This time, it was the Frenchman (No.6) who was the higher-ranked player following the best season of his career, while Nadal’s was disrupted by a wrist injury, and although the scoreline was much closer, the result was the same.

“I am very happy to be in the quarter-finals of a Grand Slam again,” said Nadal. "It has been a couple of years without me there. It is very special for me, especially here in Australia that feels a little bit like home.”

Nadal looked to be on course for a comfortable victory when he strolled through the opening two sets, but Monfils began to fight back, and was a game away from taking the match to a deciding set before Nadal wrapped up victory in two hours and 55 minutes.

The 2009 champion was forced to save a break point in a lengthy opening service game, but a Monfils double fault gifted the Spaniard an early break, and Nadal never afforded the No.6 seed another opportunity as he eased through the opening set.

Another early break put Nadal in command early in the second set, and although Monfils broke back for 3-3, he failed to win another game in the set as Nadal roared back with a double break to take a two-set lead.

With the match slipping from his grasp, Monfils began to hit his shots with greater freedom and he was rewarded with a late break in the third before saving four break points and converting his second set point with a forehand winner to keep his quarter-final ambitions alive.

Nadal had only once lost from two sets to love up – against Fabio Fognini at the 2015 US Open – and having lost his last four matches against Top 10 opponents, perhaps some doubt began to creep into the Spaniard’s head as Monfils broke after a lucky net cord.

“Gael is a special player he can play unbelievable shots, he is one of the more charismatic players on tour without a doubt,” said Nadal. “It is a pleasure to see him in the top positions of the rankings it is great news for our sport.”

But a slight dip in Monfils’ level and Nadal pounced, breaking back at 4-4 before a dominant service game to force Monfils to serve to stay in the match.

The No.6 seed saved a match point with a huge forehand but his 10th double fault of the match brought up a second, and Nadal raised his hands in celebration as Monfils’ backhand flashed wide.

Nadal will now play Milos Raonic – the highest-ranked player left in the draw – after the Canadian reached the quarter-finals in Melbourne for a third straight year following a 7-6(6) 3-6 6-4 6-1 victory over Spaniard Roberto Bautista Agut.