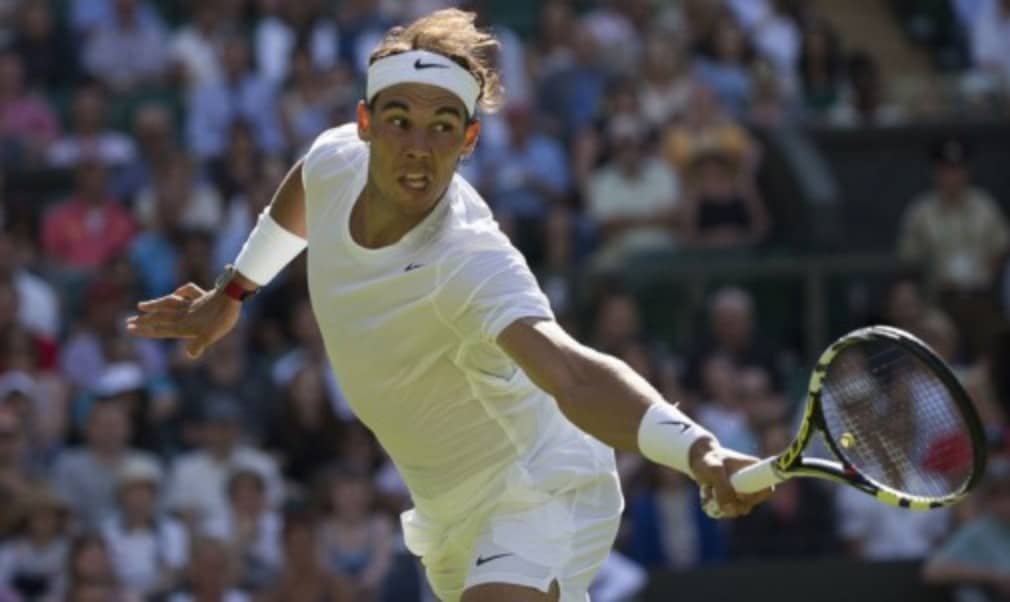 The Spaniard failed to make it to the quarter-finals at SW19 for the third year in a row as he was stunned 7-6(5) 5-7 7-6(5) 6-3 by the 19-year-old wildcard. Although Nadal was only broken once during the match, he struggled to make any inroads on the Australian’s serve as he powered down 37 aces and won 83% of points behind his first serve.

"I am satisfied the way that I played this Wimbledon,” said Nadal, who was beaten in the second round in 2012 by Lukas Rosol and in the first round last year by Steve Darcis. “It is true that my draw was not the best. All the matches were uncomfortable against players that didn't give you the opportunity to play a lot. I fought until the end in every single match. I was able to play some good tennis on this surface. That's something that I was not able to do in the last two years.

With little to separate the players throughout a gripping contest, it was Kyrgios’ serve that proved to be the difference in the tie-breakers. The Australian won the first four points of the opening set tie-break and then kept his composure at 5-4 down in the third set breaker to come out on top.

“In the tie-breaks he was able to serve better than me,” admitted Nadal. “So that's an advantage. I could have served better in the tie-breaks, but at 5-5 in the third set tie-breaker, second serve, net, inside for him, then a big second serve. Then he repeats the second serve at 114 miles per hour.

"That's happens when you have nothing to lose. You can play that way. Players who really play for being in the last rounds, think about winning the titles, it's not easy to create the second serve at 114mph at 5-5 in the tie-break, but that's what happened today. Congratulations to him. For me, I am going to the beach in Mallorca.”

Kyrgios, playing in the main draw at Wimbledon for the first time, is the first teenager to beat a world No.1 since Nadal beat Roger Federer at the French Open in 2005. But although Nadal said he could see Kyrgios breaking into the top 10 in the future, he said there is still a long way to go for the youngster.

“Sport is about the mental part a lot of times. He has things, positive things, to be able to be a good player. But everything is a little bit easier when you are arriving,” he explained. “Everything is new. There is nothing to lose and everything is good. You can do whatever and will be positive, and everybody sees just the good things on you.

"When you are there yourself, the rest of the people starts to see the negative things on your tennis. We'll see if he's able to improve and to play at very high level for a long period of time. I wish him all the best.

“It’s always the same. I don't want to say names, but when we see a young player that arrives to the tour and plays a great match or plays a great tournament, people say he will be the next big star. Some things are right. Sometimes they arrive, sometimes not. So it depends how the things improve over the next couple of months and years for him.”