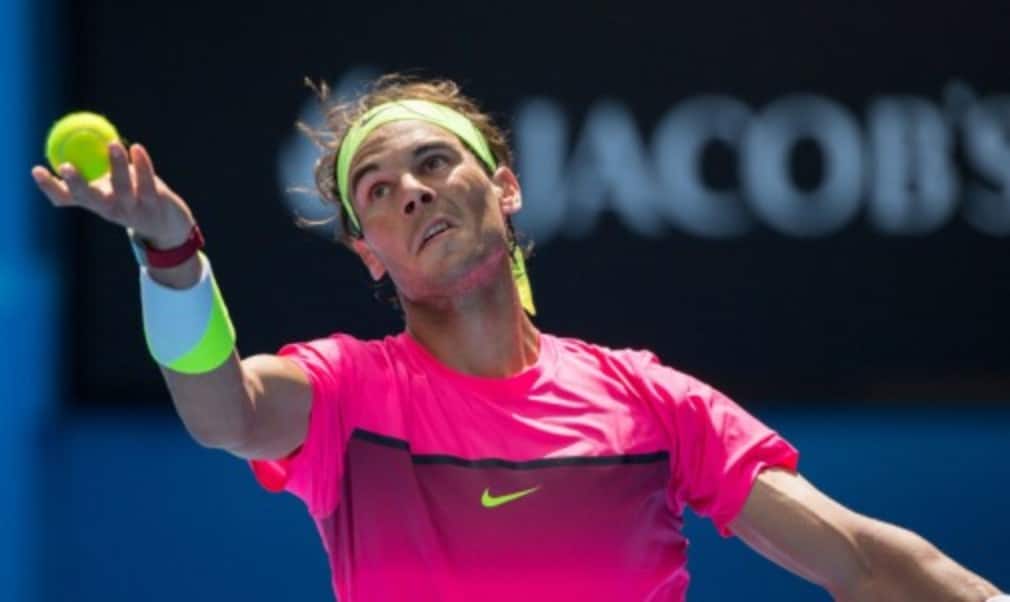 The world No.3 came through a his first-round match against Mikhail Youzhny in straight sets, 6-3 6-2 6-2, having arrived in Melbourne with question marks regarding his form after being sidelined by injuries and illness in the latter half of last season.

After missing the US Open with a wrist injury, Nadal’s comeback in Asia was derailed by appendicitis, and the Spaniard, who lost his opening match to world No.127 Michael Berrer in Doha, insists he does not consider himself a contender for the title, despite a convincing win against Youzhny.

“It was a very positive result for me,” said Nadal. “I think it was a very good start. Always before the first match you always have doubts, especially in this situation I'm arriving here. It is never easy, but it was an important match for me. It was a comfortable victory that give me some confidence.”

However, Nadal, who will now meet American qualifier Tim Smycek, is one match closer to a second Australian Open title, but he insists his view has not changed and that he does not believe he should be considered a serious title contender.

“What I say the other day is the real thing,” Nadal insisted. “Today is very hard to speak about having chances of nothing. I have one match. That's better than two days ago. But I need more to feel that I am ready for something very important here, no? So is not the right moment to talk about that. It's the moment to really give to this victory the right value. That's very important for me.”

Former world No.8 Youzhny, who beat Nadal in the 2006 US Open quarter-finals and also demolished him 6-0 6-1 in under an hour in the 2008 Chennai final, believes Nadal is looking dangerous after being on the losing end of a straight-sets defeat to the 14-time Grand Slam champion.

“When you lose 6-3 6-2 6-2 you cannot say that is a low level,” he said. “He has some problems maybe, but for the first match at a Grand Slam I think his level was pretty high.

“It was no surprise for me. There was a lot of talking from journalists about [whether] he is healthy but the players know he already won here and he had good preparation and enough time to improve his game before the Australian Open.

“First of all, it is the beginning of the season, sometimes you have some strange results at the Australian Open but I think he will improve from game to game. He will be dangerous if he gets through the second and third round and I think in the second week he will play even better.”