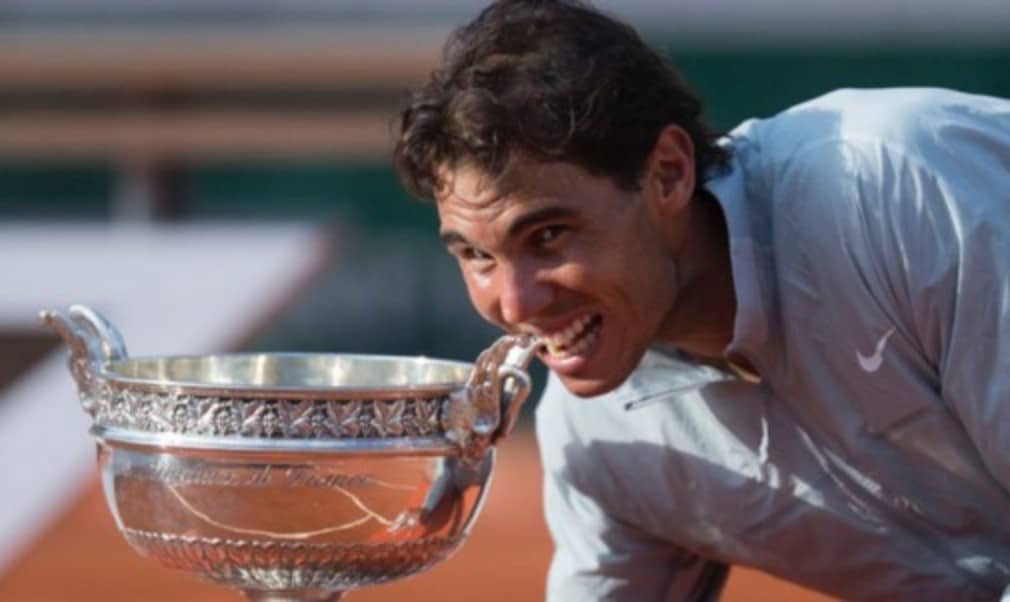 The Spaniard recovered from losing the opening set to win 3-6 7-5 6-2 6-4 and lift his 14th major title. He is now joint-second on the all-time list alongside Pete Sampras and remains world No.1.

“For me it's amazing and emotional,” he said. “I lost the final at Australia this year where I had a problem with my back and that was a hard moment. Today tennis has given me back what happened in Australia. Playing at Roland Garros is unforgettable, I want to thank everyone here."

"It's always a pleasure to play against you Novak and congratulations for all the things you are doing, all the best to you and your team I am sure you will win here one day. Thank you to everybody who works here to make this the best tournament in the world. I'd also like to thank the fans, it's incredible to play here and your support is unforgettable. Thanks to my team, without them it would be impossible to be where I am today. In the good moments and bad moments, all the work we have done is for days like today. Many thanks and I hope to see you next year."

Djokovic had beaten Nadal in their last four meetings, winning eight of the nine sets they had played since the 2013 US Open final. But on a hot and humid day in Paris, the Serb ran out of steam as his bid to complete his career Grand Slam came up short.

"It was a very emotional day and I gave everything," he said. "Thanks to the fans for all the passion and emotion they have shown throughout the tournament. The trophy was a bit too far out of reach this year but I will come back again and again until I win it."

The victory extends Nadal’s winning streak at the French Open to 35 matches and sees him improve his overall record at the tournament to a remarkable 66-1. The Serb made the brighter start on a hot day on Court Philippe Chatrier and edged ahead in the first set by breaking in the eighth game. He survived a couple of break-back points to close out the set in 44 minutes.

Djokovic had never lost a Slam final after winning the opening set before and he continued to look the better player at the start of the second. But Nadal soon started to find his range and he ripped a forehand down the line to break and take the set 6-4.

The match swung further in Nadal’s favour at the start of the third as he powered into a 3-0 lead, allowing the second seed just five points in five games. Djokovic looked increasingly frustrated as Nadal pinged winners into the corners from both wings. The Serb dropped the third set and was then broken to fall 4-2 behind in the fourth as the writing seemed to be on the wall. Djokovic kept himself in the contest by securing an immediate break back, only to then double fault on match point and hand Nadal a record-breaking ninth victory in Paris.