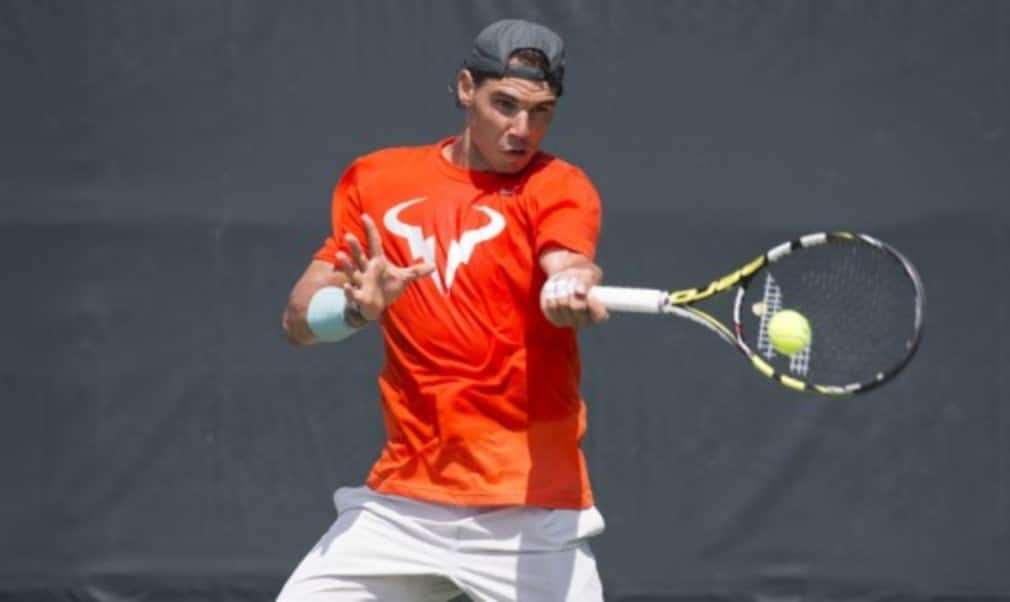 Nadal, who is bidding to win the tournament for a record-breaking fifth consecutive year, beat world No.277 Ginepri in straight sets in their only previous meeting in 2005. He could, though, have to beat all three men who have beaten him on clay this year – David Ferrer, Nicolas Almagro and Novak Djokovic – on his way to winning Roland Garros for a ninth time.

Also on the Spaniard’s half of the draw are Ferrer, Stan Wawrinka and Andy Murray, who will meet world No.55 Andrey Golubev of Kazakhstan in the opening round. Murray, who beat Golubev 6-1 6-1 on the hard courts of St Petersburg in 2008, could then face third seed Wawrinka in the quarter-finals before a potential match-up with Nadal in the last four. Wawinka opens against Spaniard Guillermo Garcia-Lopez while Ferrer takes on Igor Sijsling and Grigor Dimitrov meets big-serving Ivo Karlovic.

In the bottom half of the draw, Djokovic gets his campaign underway with a clash against Portugal’s Joao Sousa. The Serb, who is bidding for his first French Open title to complete a career Grand Slam, then faces a potentially tricky route to the final with Jeremy Chardy, Marin Cilic, Jo-Wilfried Tsonga, Milos Raonic and Roger Federer as possible opponents.

Fourth seed Federer opens against Lukas Lacko and then will face a qualifier in the second round while Canadian Raonic is up against Australian wild card Nick Kyrgios in the opening round. World No.10 Kei Nishikori starts against Martin Klizan and could then meet Raonic in the last 16 for the right to face Djokovic in the quarter-finals.

The other standout opening round matches are Paul-Henri Mathieu against Dominic Thiem, Almagro against Jack Sock and Lleyton Hewitt vs Carlos Berlocq.