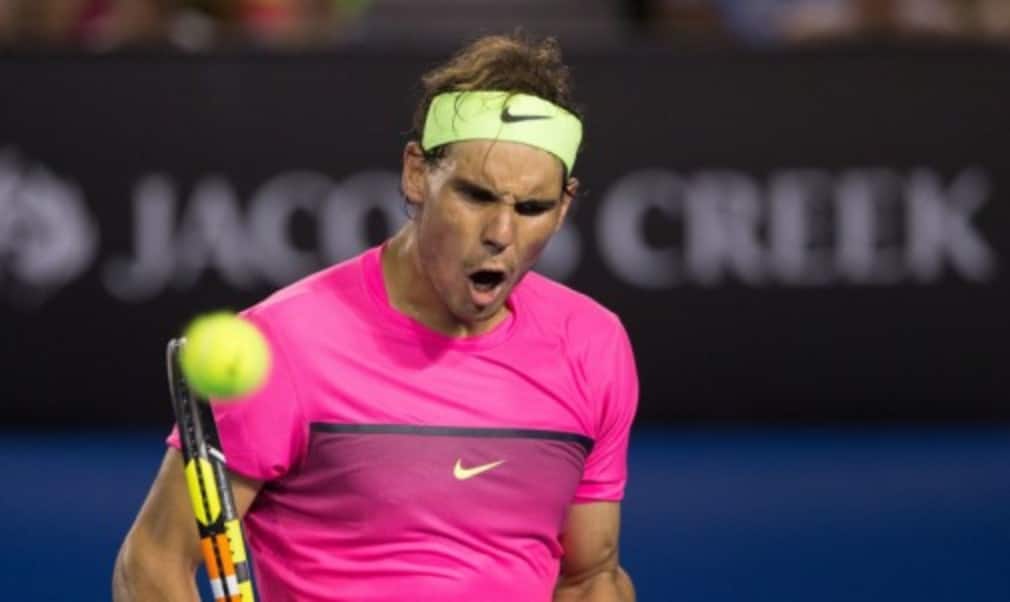 Anderson, at a career-high ranking of No.15, pushed Nadal hard in the opening set, as the 6’8” South African lost just five points on serve and saw six break points pass him by. A woeful volley on set point appeared to break his resistance, however, and Nadal powered to victory in two hours and six minutes.

“At 5-5 I felt I was in control of the set,” said Anderson. “It almost felt like things were too easy on my serve games and I made a few errors and I’m suddenly down a set and things snowballed from that point.”

After snatching the opening set against the run of play, Nadal grabbed an early break in the second and ran away with the set as Anderson narrowly managed to avoid a bagel. Another early break in the third set put the world No.3 firmly in command as he reached the quarter-finals for an eighth time in Melbourne.

“Arriving here [after] losing in the first round of Qatar and not playing [many] matches for the last seven months, to be in quarter-finals again here is a very positive thing for me,” said Nadal. “I try to play better and better every day. If that happens, I hope to have a chance in the next match. But today is a day to be happy the way that I improved my level. I was closer today. I was much closer what I have to do to try to have success.”

Standing between Nadal and a place in the semi-finals is an in-form Tomas Berdych, who defeated home favourite Bernard Tomic 6-2 7-6(3) 6-2. The No.7 seed is yet to drop a set in Melbourne and despite having won his last 17 matches against the Czech, Nadal insists previous results count for nothing.

Berdych, who started working with Andy Murray's former coach Dani Vallverdu at the end of 2014, goes into the match in good form, having reached the final in Doha and breezed through the first week in Melbourne.

"I'm just in the best possible position right now," he said. "I'm feeling good about it. I just need to go for it. I'm feeling good, and my tennis is on the high level, which is also very positive. That's the main facts I need to carry on and just go with that to the match."