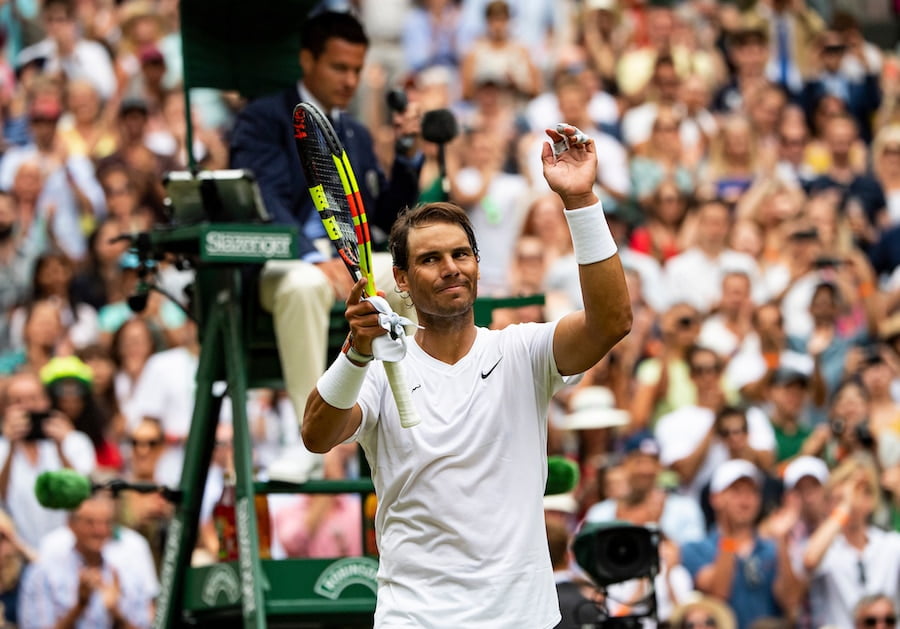 Having won their two previous matchups, Nadal started explosively and broke the 30 year old’s serve on the first two times of asking to take a 4-2 lead.

Sousa is the first Portuguese player to reach the second week of Wimbledon, and was bidding to become the first into any Grand Slam quarter final if he had won. The man from Guimaraes was able to hold two service games in the first set, but lost it after Nadal served it out to take it 6-2.

Ranked 69th in the world, Sousa was not looking tired from his four hour win Saturday against Britain’s Dan Evans, but was rather just being outclassed by a formidable Spaniard. A long forehand from the Portuguese racket gave the 33 year old Nadal an instant break in the second set.

Nadal has not won a Wimbledon title since 2010, and has only made two quarter finals since then, after suffering a series of major upsets at SW19 including losses to Dustin Brown, Lukas Rosol, Gilles Muller and Steve Darcis. But an upset did not seem on the cards today as Sousa was forced to save break points at 3-1 down, and was then broken a second time in the set. Nadal served the set out 6-2 with some stunning winners.

Sousa did well not to lose serve again in the first game of the third set, but soon fell 3-1 behind after Nadal broke for a fifth time in the match.

Just two Grand Slam titles behind Federer’s 20, Nadal looked in full control to continue his surge through the draw, and sailed to gain another consecutive break and serve the set out at 6-2. Next up for Nadal will be an American, as he will face the winner of Sam Querrey and Tennys Sandgren. Nadal has never faced world number 94 Sandgren, but holds a 4-1 record 65th Querrey. The loss however did come in their most recent encounter in Acapulco 2017 when Querrey won 6-3 7-6.