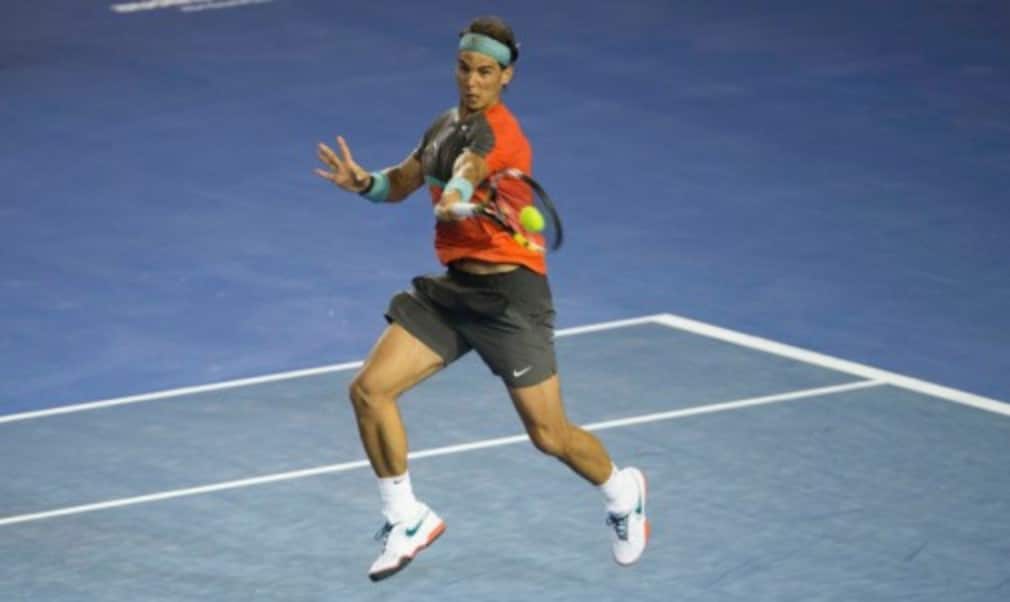 Nadal and Federer progress in Melbourne

Playing in his first Grand Slam, world No.570 Kokkinakis was not overawed by the occasion, and gave a good account of himself on Rod Laver Arena. However, Nadal was too strong for the 17-year-old as he completed a 6-2 6-4 6-2 victory and set up a third round encounter with Gael Monfils, who beat Jack Sock 7-6(2) 7-5 6-2.

“Even if [570] is his ranking when you are playing against a young player you never have that feeling,” Nadal said of his opponent. “He was able to beat [Igor] Sijsling in the first round. He played two Grand Slam junior finals last year, so he has a great future. He has the right level to [play] on the [ATP] Tour very soon."

Roger Federer claimed his 70th match win at Melbourne Park as he booked his place in the third round with a 6-2 6-1 7-6(4) victory over Blaz Kavcic. The four-time Australian Open champion raced through the opening two sets in under an hour, but needed to battle back from 0-3 down in the third-set tiebreak to secure victory in straight sets.

“As I move along in the draw I hope it becomes smoother,” said Federer, who will play either Fernando Verdasco or Teymuraz Gabashvili in the third round. “In terms of fitness I feel great. I feel very healthy. That clearly is a great sign because I can focus on how I want to play tennis, where I want to move, how I want to play the ball, not, ‘can I get to it?’.”

In the biggest upset of the tournament so far, fifth seed Juan Martin Del Potro was beaten by Spanish world No.62 Roberto Bautista Agut. The former US Open champion was sent crashing out in the second round of a second successive Slam as he was beaten 6-4 3-6 7-5 4-6 7-5 on Court 2.

Jo-Wilfried Tsonga booked his place in the third round with a straight-sets victory over Brazilian qualifier Thomaz Bellucci.The No.10 seed scraped through the first-set tiebreak before the roof was shut on Hisense Arena as Bellucci appeared to struggle with the heat.

"Of course it was hot, but today I had good feelings," Tsonga said. "He played [in qualifying], he had a tough match two days ago and I just play one match … and I'm maybe physically pretty good.”