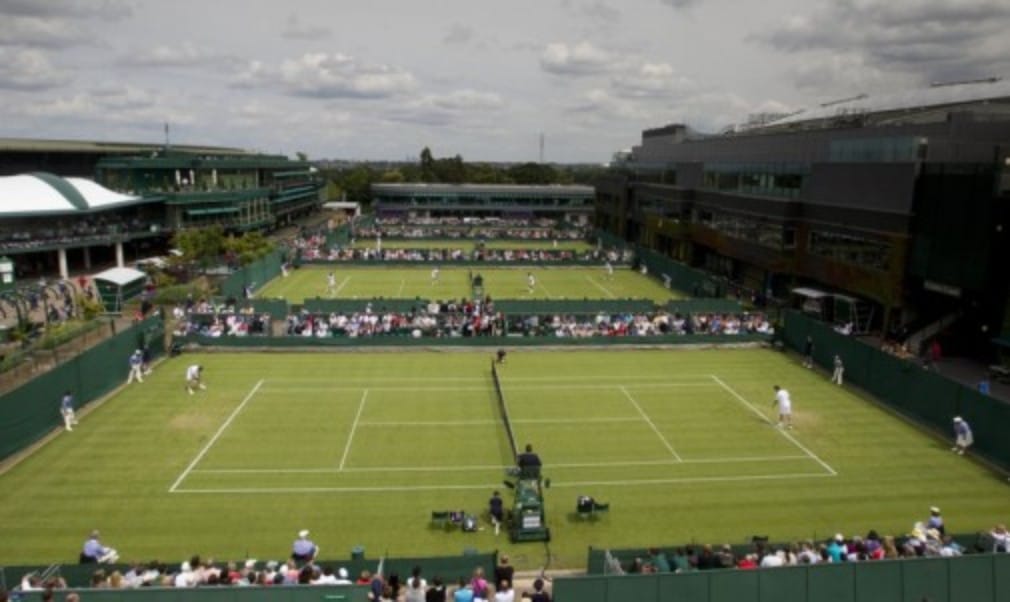 My very first memory of Wimbledon was wow, when I got a ticket given to me as a member of the tennis team at school. This was in the 50's and the LTA, as they still do, give tickets to schoolboys and girls to encourage the young players. It was 1946 and I have been to every Wimbledon since the war. But the first four years, I only came one day on a schoolboy ticket. But since 1950 I have been to every day of every Wimbledon except one when our son was going to his second degree.

The first time I came to Wimbledon was with Leslie Bricusse, who is a very famous musician. It was wow when the moment we got here. We were high up in the stands in Centre Court, we thought we don’t want to be up here so we rushed down and got into the standing area. I remember watching a fella called Felipe Washer, a Belgian, who was playing a match, against I can’t remember who, and thinking ‘my goodness that must be the fastest serve in the whole world’. Being an impressionable schoolboy I thought ‘how fast can he serve’. I don’t think I saw the whole match because we had to queue to get in so only saw a set.

I also saw  Ricky Morea a very tall Argentine and [Alejandro] Russell his partner. I remember thinking then what a powerful physique and wonderful specimen to be a tennis player and it inspired me to think I had to get fit and strong like that. Ricky was so tall, about 6’5” or 6’6”.

It was nothing like it is today. You would have to look back at the pictures to see how primitive it was by today’s standards, then it was as good as it could be, it was wonderful. The public tea lawn was alongside Centre Court and they had tables with umbrellas. We probably didn’t have enough money to go there! We came on the train and walked from Southfields. I remember turning the corner and seeing Centre Court in the distance and my heart gave a little leap.

We came in those days through the main gate, Gate Five, going through the Doherty Gates into the club. The smell of the grass is very evocative, every time you think about a moment in your life that a smell is part of it brings back a picture, I think of Wimbledon, that first day. I don’t think we bought a programme, I don’t think we had the money. We were just kids, we probably just had our fare to get home on the tube! I remember arriving and the crowds jostling on the pavements and walking here, huge crowds.

I remember taking a radio into school when Lennart Bergelin played Frank Parker in 1948, that was a big upset, I remember listening to Max Robertson and thinking wow. Little thinking that years later I would be working with him, we did one or two broadcasts together and we became very good friends. I listened to it on the radio on the school, perched on the window ledge so we could get good reception, portable radios were quite rare those days. It was at school at UCS in Hampstead and we listened to that match in the afternoon.

John Barrett is a Wimbledon historian and also author of the book Wimbledon: The Official History.