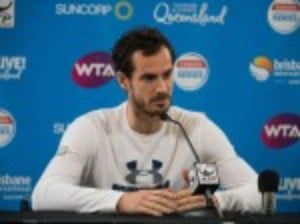 Having withdrawn from the Brisbane International and spent a couple more days in Brisbane, Andy Murray today made his way to Melbourne, but it was not to prepare for the Australian Open rather it was to catch a flight back to the UK where he will assess his physical condition and the on-going problem with his hip.

In an official statement from Tennis Australia, he said: “Sadly I won’t be playing in Melbourne this year, as I am not yet ready to compete.”

“I’ll be flying home shortly to assess all the options but I appreciate all the messages of support and I hope to be back playing soon.”

Tournament director Craig Tiley added: “We are fully aware that Andy has been going through a difficult period with his hip and that he’s done everything possible to prepare for the Australian summer,”

“Personally, I also know that Andy loves tennis and would do anything to play. This is a very hard decision for Andy and we totally respect it."

On Wednesday Murray posted a 400-word piece on instagram in which he spoke of his frustration about the injury and how much he had missed playing the game.

“I genuinely miss it so much and I would give anything to be back out there. I didn't realise until these last few months just how much I love this game. Every time I wake up from sleeping or napping I hope that it's better and it's quite demoralising when you get on the court it's not at the level you need it to be to compete at this level."

Having chosen rehabilitation over surgery for the last few months, Murray is considering his options, having never revealed the exact nature of the injury.