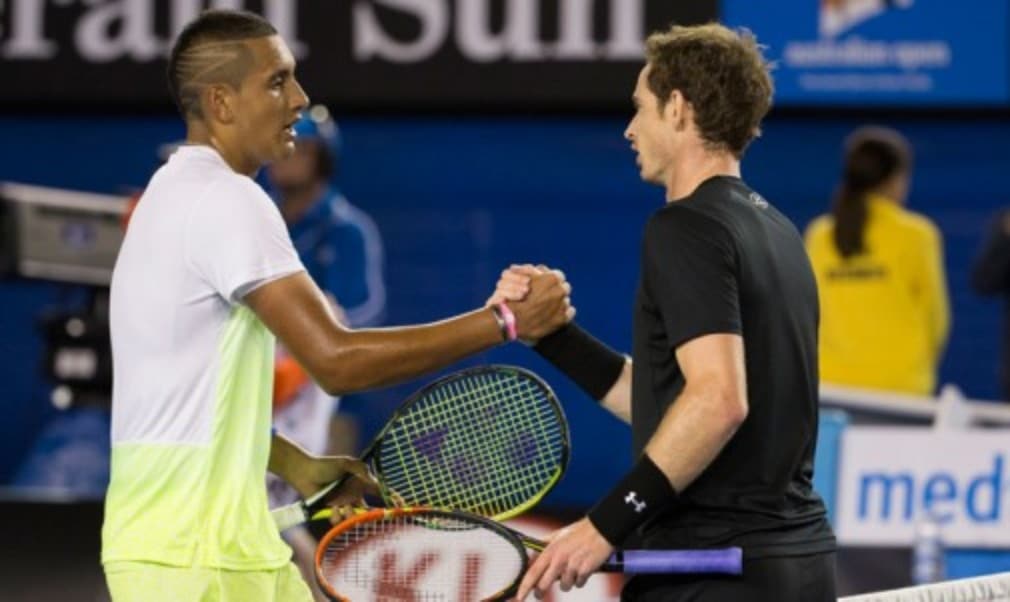 It will be the third time this year that Murray has played Kyrgios at a Grand Slam, with the two-time Grand Slam champion winning in straight sets in the Australian Open quarter-finals and in the third round at Roland Garros.

Kyrgios was seeded at Wimbledon but has since slipped to No.37 in the rankings, leaving him as a dangerous first round opponent. However, Murray has never dropped a set in three previous matches against Kyrgios.

Should the 2012 US Open champion successfully navigate his way through the first week, Kevin Anderson is a potential fourth-round opponent, with a possible meeting against Stan Wawrinka in the quarter-finals. Murray leads the head-to-head with eight wins to six, but Wawrinka won their most recent encounter, beating Murray in straight sets in the 2013 US Open quarter-finals.

Top seed Novak Djokovic will open his US Open campaign against Brazilian Joao Souza and he could meet either 14-time Grand Slam champion Rafael Nadal or Milos Raonic in the quarter-finals.

Nadal, who has struggled for form this season and has not made it past the quarter-finals of a Grand Slam since the 2014 French Open, faces a tricky first round tie against talented Croatian teenager Borna Coric.

In the bottom half of the draw, No.2 seed and five-time champion Federer will meet Leonardo Mayer in the first round, with Tomas Berdych drawn as a likely quarter-final opponent.

Meanwhile in the women's draw, Serena Williams will begin her Grand Slam quest against Russia’s Vitalia Diatchenko. The world No.1, who is attempting to become the first player since Steffi Graf in 1988 to win all four majors in the same year, could face a compatriot in the third round, with American trio Sloane Stephens, Coco Vandeweghe and Bethanie Mattek-Sands all in the same section of the draw.

Agnieszka Radwanska is a possible fourth-round opponent, while Williams could meet Karolina Pliskova in the quarter-finals. With Maria Sharapova in the same half of the draw, the pair could face for a third time this year (Australian Open final, Wimbledon semi-final), with Williams unbeaten against the five-time Grand Slam champion since 2004.

Simona Halep, Petra Kvitova, Caroline Wozniacki are all in the bottom half of the draw alongside French Open finalist Lucie Safaraova and Wimbledon runner-up Garbine Muguruza.