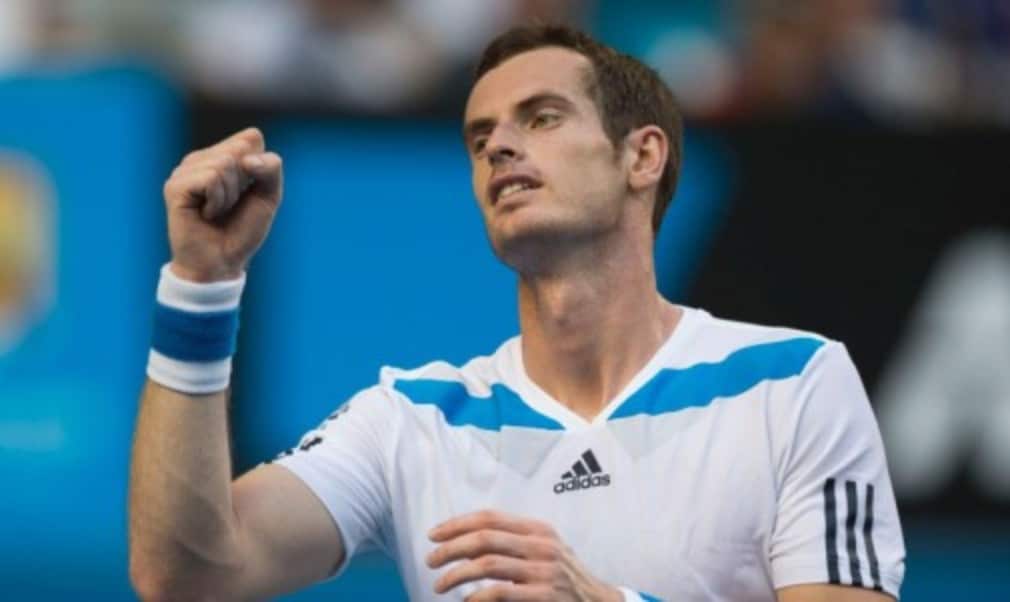 In only his third outing since undergoing back surgery in late September, Murray showed no signs of impediment as he breezed to a 6-1 6-1 6-3 victory in just 87 minutes in stifling conditions on Hisense Arena.

As temperatures crept over 40°C on Day Two at Melbourne Park, Murray won nine straight games to rattle through the opening set and establish a commanding lead in the second. Although Soeda put up more of a fight in the third set, but it merely delayed the inevitable as Murray converted his fourth break point for a 4-3 lead to put the contest beyond his Japanese opponent.

“I was training over in Miami for five weeks to get ready for this but you can’t prepare yourself for this,” said Murray, who has reached the final at Melbourne Park three times in the last four years. “The air is so hot. There are a lot of players struggling, but I’m happy to get it over with quickly.

“This is a tournament I’ve come close at a few times so I’m more confident than I was a few years ago, but I’m lacking match practice. I’m desperate to try to win here. I’ve had a lot of near misses and played some of the best tennis of my career here."

Roger Federer, who is projected to meet Murray in the quarter-finals should both players make it to the last eight, overcame the stifling conditions to sail past home favourite James Duckworth 6-4 6-4 6-2. The sixth seed wasted little time as he booked his place in the second round with victory in a shade over an hour and 45 minutes.

“I feel good, and I want to prove to myself that I can bring it every match,” Federer said. “I’m really excited. It’s a tough draw but I’m open for it and I’m ready to go. If you’ve trained hard your entire life or the last few weeks and you believe you can do it and come through it, there’s no reason [why not].”

Next up for Federer will be Slovenian Blaz Kavcic, who was trailing 6-7(3) 4-6 6-2 2-0 when his opponent Radek Stepanek retired.

After missing last year's tournament with a stomach virus after a six-month layoff with a knee injury, world No.1 Rafael Nadal enjoyed a winning return to Melbourne as he profited from Bernard Tomic's retirement. In the first evening match scheduled on Rod Laver Arena, Nadal won the opening set 6-4 before his Australian opponent retired with a groin injury.

Kei Nishikori also needed five sets to see off an Australian opponent as he defeated a dogged Marinko Matosevic 6-3 5-7 6-2 4-6 6-2.

Also through to the second round is 2008 finalist Jo-Wilfried Tsonga, who beat Filippo Volandri 7-5 6-3 6-3, but John Isner was forced to retire with an ankle injury to hand Martin Klizan a free pass into the second round.