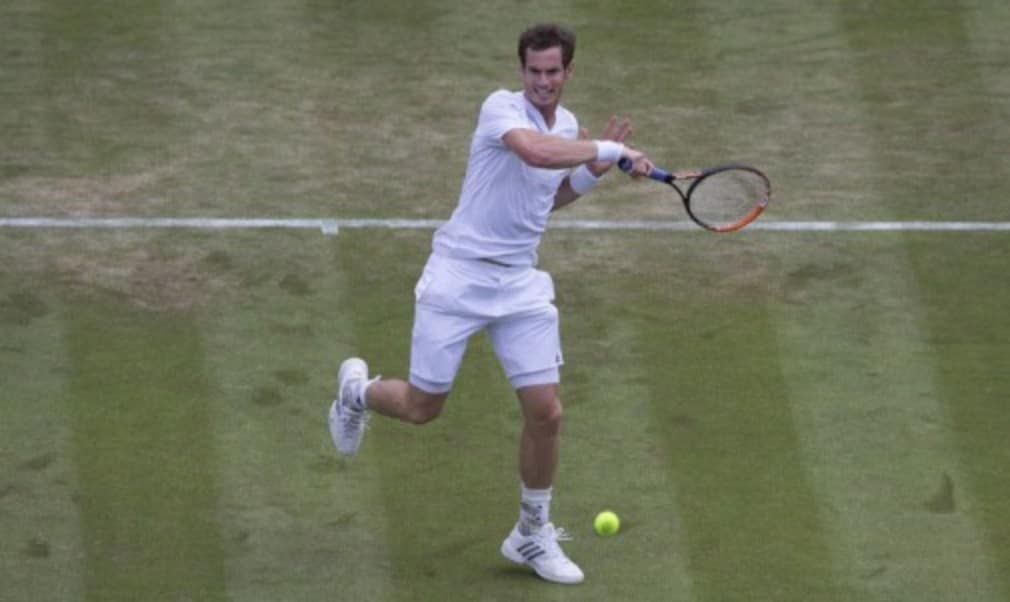 Playing first on Court One, Murray did not hang about as he took just 84 minutes to crush Rola and extend his winning streak at the All England Club to 15 matches. Early breaks in the first two sets handed Murray the initiative and the Slovenian, bidding to win back-to-back matches for the first time on the tour, was constantly under pressure. He found himself two sets behind after an hour and Murray raced through the third without dropping a game to seal an emphatic victory and book his place in the third round.

“You try to finish matches as quickly as you can,” said Murray. “If you have the momentum with you and you're playing well, that's what you need to try to do. I spoke a little bit about the French Open a few weeks ago, some of the matches where I was ahead I didn't finish the sets off as best as I would have liked. So I wanted to make sure here that when I had the momentum, when I was on top, that I finished the sets off. I did that well today.

“When you are in a position to win a match like that, you have to try and do it as quickly as possible, because all of the players in this tournament are very, very good tennis players. If you give them a look in during a set or they see a way back in, they can start playing very well.”

Murray was watched on Court One by the Duchess of Cornwall as well his new coach Amelie Mauresmo. This is the first Grand Slam that Murray and Mauresmo, a former Wimbledon champion, have worked at together and while the world No.5 says it is too early to see any major changes, he is enjoying the relationship so far.

"It takes time in all sports, but if things go well, if we agree to keep working together, then I'll have some time after the tournament,” he said. “It's been good. I enjoy spending time with her on the court and off it. We chatted well about the matches and we obviously discussed the things I felt like I needed to improve or add things to my game. We've chatted about that. We agreed on most things, so that's good.”

Murray, who has never failed to reach the third round in his nine Wimbledon appearances, will next face No.27 seed Roberto Bautista Agut. The Spaniard won the first title of his career at the Topshelf Open in 's-Hertogenbosch last week and Murray is expecting a tough match.

“I practised with him in Valencia before the tournament in Madrid quite a lot,” said Murray. “He's a very good player. He won the tournament last week on the grass in Holland and he doesn't play like a lot of the Spanish guys. He plays very flat, not much topspin. The grass courts suit his game pretty well and he's obviously started well here. It will be a step up for sure. I think he's probably in the top 20 in the world now. He's improving all the time.”