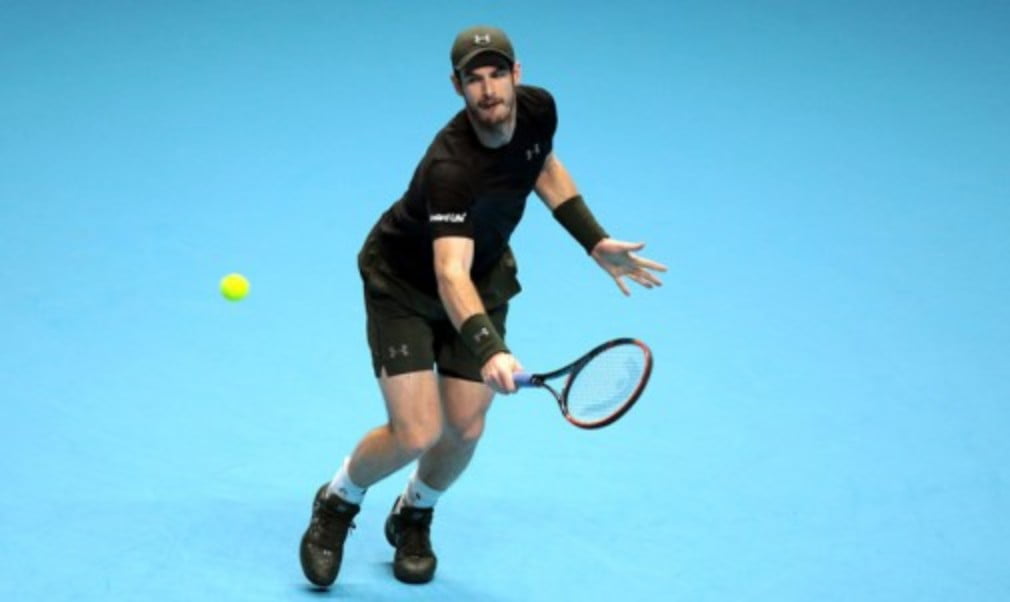 The world No.1 secured top spot in Group John McEnroe with a 6-4 6-2 victory at London's O2 Arena on Friday. It is the first time since Murray made his debut at the event in 2008 that he has won all three of his round robin matches.

Murray will now meet Milos Raonic on Saturday, before Novak Djokovic takes on Kei Nishikori in the second semi-final. Nishikori, whose place in the semi-finals was secured following Wawrinka’s defeat, lost 3-6 6-2 6-3 to Marin Cilic in a dead rubber on Friday evening.

Wawrinka beat Murray in the round robin stages in London last year, and the No.3 seed started with early intent, winning his opening service game to love. After weathering the early storm, Murray began to get a read on Wawrinka's serve, but it took until the seventh game to create a break point; and he did not waste his chance, demonstrating quick reflexes at the net to take the lead.

Murray had another three break points – all of them set points – as Wawrinka served to stay in the set, but the Swiss managed to hang on, only for Murray to wrap up the opening set on his own serve after 48 minutes.

"Stan came out hitting the ball huge," said Murray. "He was hitting a lot of winners, a lot of aces. Once I got through the early part of the match, I started to create chances in most of his service games. I served very well myself. I got a lot of free points with my serve. That allowed me to also dictate a lot of the points, whereas at the beginning of the match I wasn't able to do that. Stan was, like I said, hitting the ball big, serving well, dictating most of the rallies."

Murray only needed to win a set to guarantee his place in the last four, but with valuable ranking points at stake in the race to finish the year as world No.1 – not to mention the added incentive avoiding No.2 seed Djokovic in the semi-finals – the Scot refused to take his foot off the gas in the second set.

A double break saw Murray race to an early lead, saving both break points he faced to move within two games of victory. Wawrinka managed to get on the board, but despite 29 winners ultimately he was left to rue 27 unforced errors, more than twice the number of his opponent.

Murray now edges ahead of Djokovic in the race to finish the year as world No.1. Djokovic also finished the group stage with three wins, and Murray must equal or better Djokovic’s results in London to seal the year-end No.1 ranking for the first time.

"I'm certainly not taking anything for granted [against Raonic]. I know it will be hard," said Murray. "I know I'll need to play well to win. But I feel like my game's in a good place. I played much better today than I did a couple days ago. Physically I feel good."