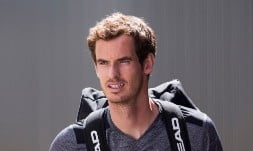 So finally, the question of who Roger Federer will meet in the early rounds of the Australian Open has been answered. On Friday the draw was completed at Melbourne Park in the presence of defending champions Novak Djokovic and Angelique Kerber. The 17-time Grand Slam champion will likely play two qualifiers and then it could be Tomas Berdych who gets the tricky third round match against Federer. If the Swiss were to prevail and Andy Murray has completed his path through, it could be the former world No.1 or possibly Kei Nishikori and the current world No.1 who’d battle it out in the quarter-finals.

On Monday Andy Murray meets Ukranian World No.93 Ilya Marchenko in his first round match. They have played once before, at the 2011 Australian Open, when Murray won in straight sets for the loss of only five games.

In the other half of the draw Novak Djokovic faces Fernando Verdasco in the first round and Milos Raonic plays Dustin Brown.  Rafael Nadal, seeded No.9, plays German Florian Mayer and Dominic Thiem will take on Jan-Lennard Struff.

Angelique Kerber opens her title defence against Ukrainian Lesia Tsurenko and potentially a quarter-final against Garbine Muguruza. Simona Halep meets American Shelby Rogers in her first round match and could face Svetlana Kuznetsova in the quarter-finals.

In the bottom half of the draw Serena Williams meets Belinda Bencic. The Swiss is fresh out of her experience at Hopman Cup  with Roger Federer. The players have met twice before; the last time in Toronto in 2015 when Bencic won. And there’s the prospect of quarter-finals between Serena and Dominika Cibulkova and Karolina Pliskova against Agniezska Radwanska.

Last year’s semi-finalist Johanna Konta, the No.9 seed is drawn against Belgian Kirsten Flipkens in the first round and if she won that could face Japan’s Naomi Osaka in the second.