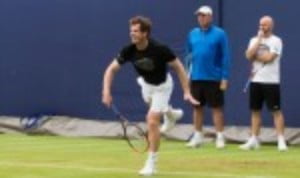 The Czech legend returned to the Scot’s coaching set up in June last year and helped his pupil win a third major title at Wimbledon the following month.

Murray, who is currently plotting a comeback after missing the second half of the season with a hip problem, previously separated from Lendl in 2014 after two successful seasons together.

“I’m thankful to Ivan for all his help and guidance over the years. We had great success and learned a lot as a team,” said Murray in a statement. “My focus now is on getting ready for Australia with the team I have in place and getting back to competing.”

“I wish Andy well going forward. We had a great run and a lot of fun,’ added Lendl, who will continue his work with the USTA.

It would appear that Murray, currently ranked No.16 in the world and keen to return at the Brisbane International in January, is in no rush to replace the Czech.