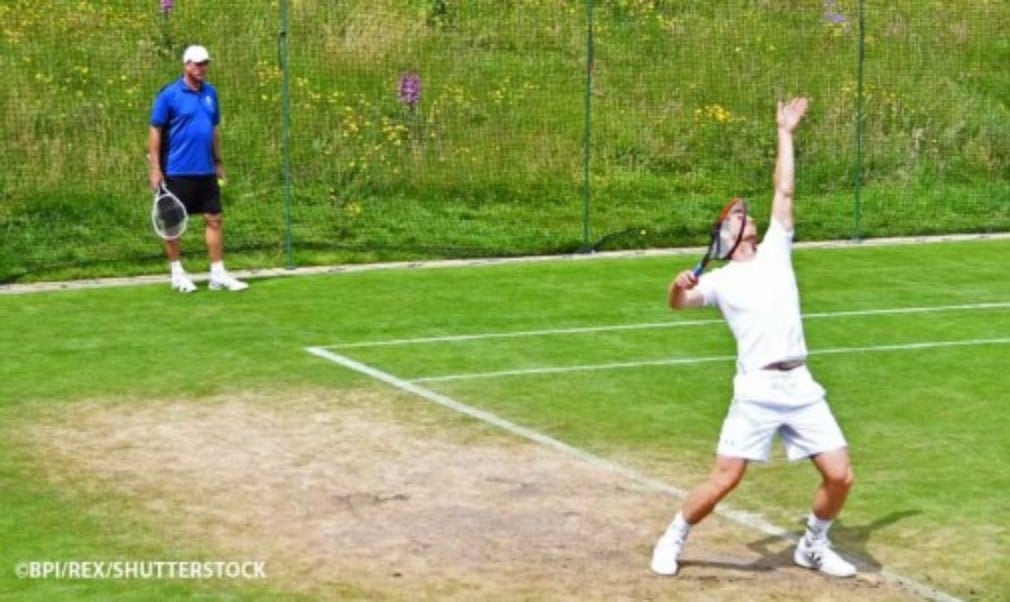 Having conserved energy in his first-round win over British wildcard Liam Broady, the world No.2 is expecting a tougher encounter against the world No.76 Lu Yen-Hsun.

Lu famously upset Roddick in the fourth round at SW19 back in 2010, winning a dramatic match 9-7 in the fifth set to knock out the three-time Wimbledon finalist.

Like Murray, Lu arrived at Wimbledon in winning form. While Murray won a record fifth Aegon Championships title at the Queen’s Club, Lu won back-to-back Challenger titles at the Aegon Trophy series in Surbiton and Ilkley – and also reached the final in Manchester. He is 15-1 on the grass this year.

Murray expects a tough match against the in-form Lu, but believes it will be a good step up after a relatively comfortable first-round win.

“It’s a very tough match,” Murray said. “He's played the three grass court Challengers in the build-up.  He's won two of them and lost in the final of one.  He's won 11 matches in a row now.  He's made the quarters at this event before, beat Roddick once. He plays well on the grass.

“It will be a really, really tough match, and a good test for me early in the event.  I'll need to perform well in that one.”

Murray is at Wimbledon with former coach Ivan Lendl after the eight-time Grand Slam champion rejoined Murray’s team at the start of the grass court season. The last time Lendl was at the All England Club with Murray was in 2013, when the Scot went on to win the title.

The pair parted ways in March 2014, but Lendl has slotted back in seamlessly alongside Murray’s full-time coach Jamie Delgado and the rest of his team.

““I’ve enjoyed having him back as part of the team,” Murray said before the start of the tournament. “I don’t feel any added pressure working with him again. I think it actually gives [me] a bit of extra confidence because I know the last time we worked together it was very successful.

“He’s obviously very clear in what he thinks and where my game needs to go if I want to keep improving and winning major events again.”