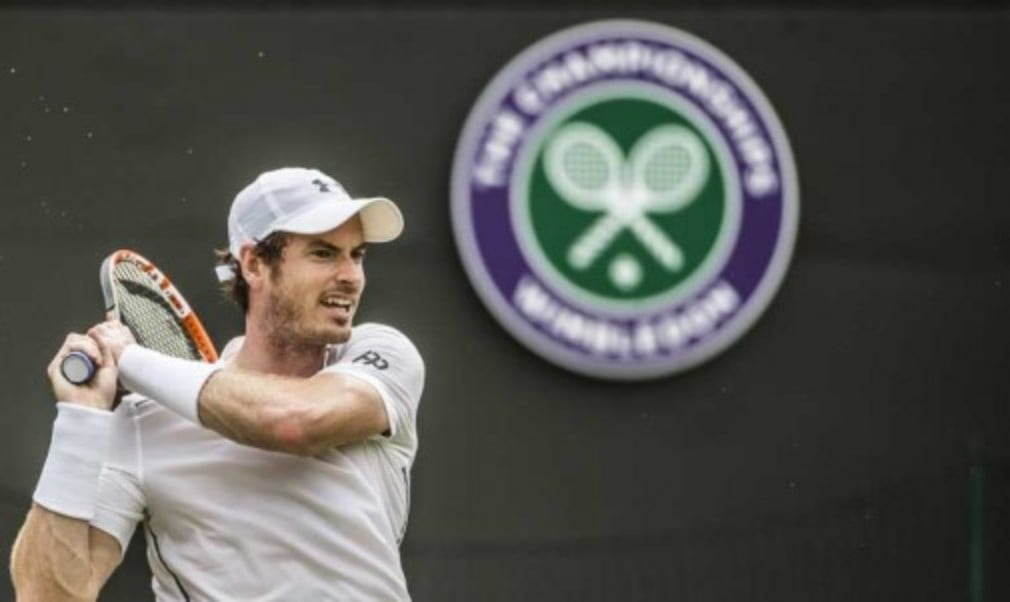 Until last week, Murray had not played another British player in almost a decade – his last match coming against Tim Henman in 2006 – but he played two in as many matches last week after beating Aljaz Bedene and Kyle Edmund en route to a fifth Aegon Championships title at Queen’s Club.

Now he will face a third compatriot in as many weeks as he opens his 11th Wimbledon campaign against the world No.234, a former boys’ doubles champion and singles finalist at SW19.

Meanwhile, another British wildcard is guaranteed to play on Centre Court on Monday after James Ward was drawn to face defending champion Novak Djokovic in the first round.

Should Djokovic successfully navigate his way past the world No.177, he could face another Brit in the shape of British No.3 Kyle Edmund – a  quarter-finalist at Queen’s last week.

There is no possibility of a rematch of the 2014 and 2015 finals, which saw Djokovic defeat seven-time champion Roger Federer. The pair are both in the top half of the draw and could meet in the semi-finals.

Murray, meanwhile, is projected to face two-time Grand Slam champion Stan Wawrinka in the semi-finals, with Richard Gasquet a possible quarter-final opponent.  Murray has won his last six matches against the Frenchman, but was memorably taken to five sets by Gasquet at Wimbledon in 2008.

In the women’s draw, top seed and defending champion Serena Williams will begin the defence of her title against a qualifier, with a potential rematch against Heather Watson in the third round.

Watson memorably pushed Williams to the brink at the same stage last year, leading the world No.1 by a double break in the final set before Williams charged back to win.

Roland Garros champion and last year’s finalist Garbine Muguruza, seeded No.2 this year, faces a tricky opener against Camilla Giorgi in the first round.