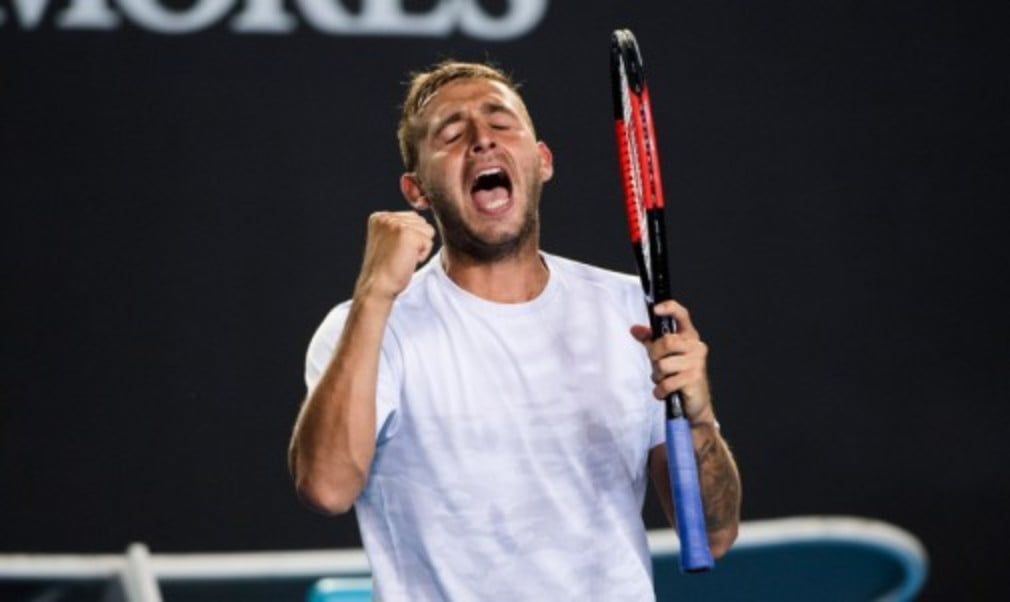 Evans lost to eventual champion Stan Wawrinka after having match point against the Swiss at the US Open last year, and he saw two match points pass him by on Wednesday before he managed to convert a third to claim only the second Top 10 win of his career, a week after beating world No.8 Dominic Thiem in Sydney.

"Obviously over five sets, it's a proper win. Five sets is the ultimate test, I think," said Evans, who will now face Australian No.27 seed Bernard Tomic. "It was really good. I think I played as well as I can play today. I was really pleased with how I played especially towards the end of the match.

"There were some tough times after the Wawrinka match. I still think about that match on the court today. It's not easy when you had the opportunity to sort of close out the big match and then lose."

It is the third time in a row that Evans has reached the third round at a major – having made the last 32 at Wimbledon and the US Open last year.

Cilic eased through the first set in a little over half an hour, but Evans kept plugging away, eventually sealing victory in a shade under three hours.

Meanwhile, five-time finalist Murray stepped it up a gear from his first round win over Illya Marchenko, racing through the opening two sets in just over an hour. The top seed turned his right ankle early in the third set, but it did not appear to impede him too much as he wrapped up victory against the 19-year-old in straight sets.

“I definitely rolled it a bit so need to make sure I get some ice on it tonight,” said Murray, who will face Sam Querrey in the third round. “I was moving OK towards the end so that’s positive.”