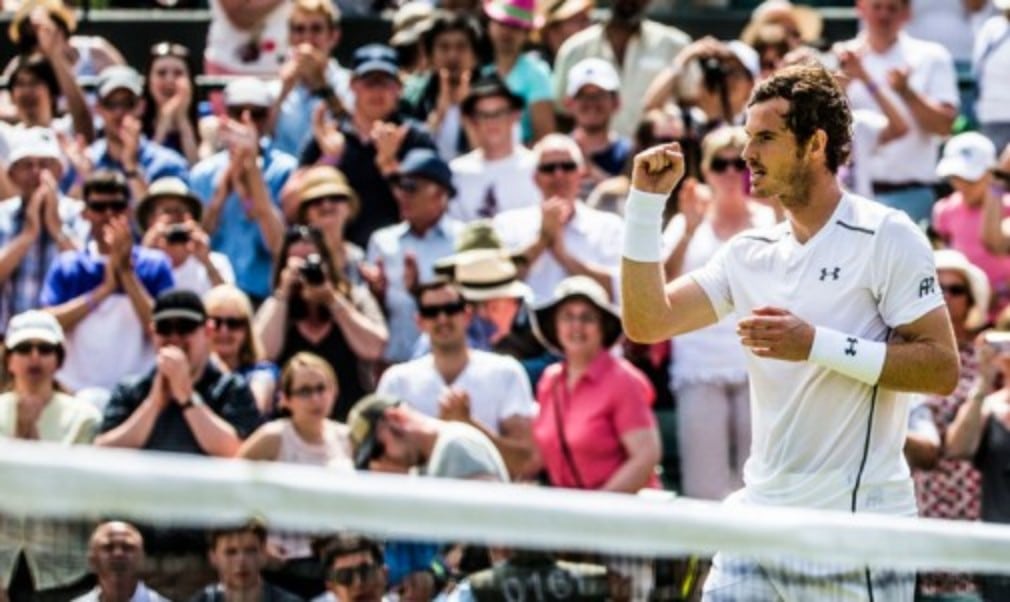 Playing second on Centre Court on Manic Monday, which sees all 16 fourth-round matches in men’s and women’s singles played on the same day, Murray produced a tactically astute performance to defeat the No.23 seed 7-6(7) 6-4 5-7 6-4.

Karlovic, who served 165 aces during his four matches, fired 29 aces during the match and his average second serve speed (119mph) was faster than Murray’s average first serve speed (107mph), but the world No.3 took his chances well and was able to clinch victory in three hours and three minutes.

“Against him, it’s a tactical match, but it’s tough,” said Murray. “It’s quite stressful to play him. I took a little bit off the first serve. I wasn't serving as hard as usual to try and not allow him the opportunity to go for huge returns or try to come to net off the second serve return.  So I went for a high percentage of first serves.

“When I was in the rallies, I felt comfortable. Although my match was quite long today, the rallies aren't particularly long, and it's not as physical.  So I feel pretty fresh.”

By contrast, Murray's quarter-final opponent Vasek Pospisil has played 31 sets over singles and doubles and has spent more than 11 hours on court. Three of his four singles matches have gone to five sets, including his 4-6 6-7(4) 6-4 6-3 6-3 win against Viktor Troicki on Monday.

“Obviously I played a lot of tennis, but one day recovery is a lot,” said the Canadian. “So I can sleep well tonight; have a full day of rest tomorrow. Then come out strong on Wednesday and take it to him.”

Murray will be the favourite to reach a sixth semi-final in seven years at Wimbledon, where he could face seven-time champion Roger Federer after the Swiss moved into the last eight with a 6-2 6-2 6-3 victory over Roberto Bautista Agut. The only player yet to drop his serve in the Championships, Federer will face Gilles Simon in the quarter-finals after the Frenchman defeated Tomas Berdych 6-3 6-3 6-2.

Top seed Novak Djokovic and Kevin Anderson will resume their fourth-round clash on Tuesday after play was suspended due to bad light at two sets apiece. Anderson, a finalist at Queen’s a fortnight ago, stunned the Court One crowd by winning the first two sets on tiebreaks, but the world No.1 bounced back to force a decider.