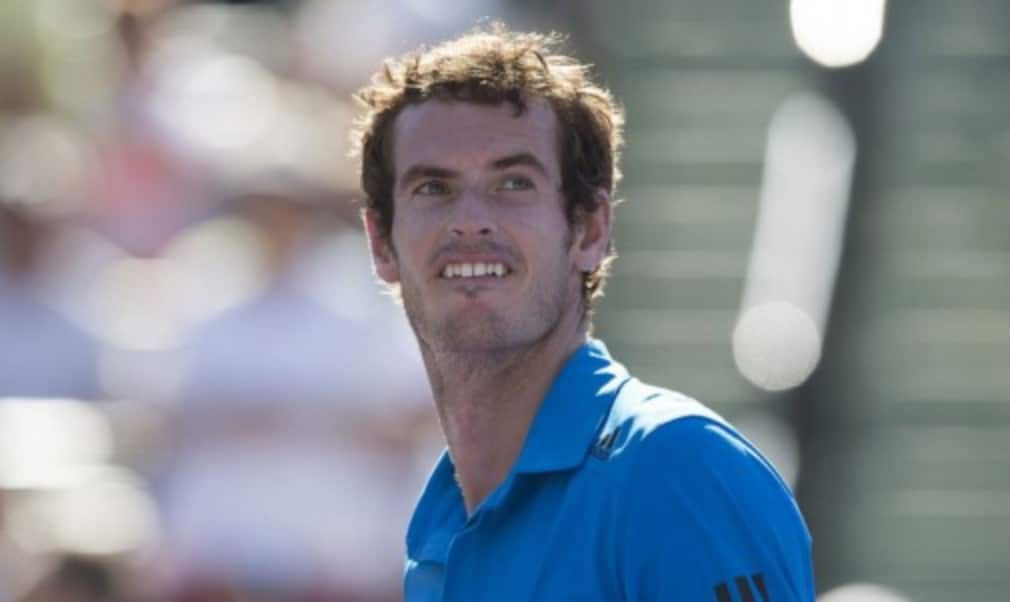 After winning the opening two sets without too much trouble, the No.7 seed struggled with his serve in the third and was broken three times in a row by the Kazakhstani. But Murray raised his game in the fourth to seal victory in two hours and 35 minutes and set up a second-round clash with Marinko Matosevic, who saw off Dustin Brown 7-6(5) 6-4 6-7(1) 7-5.

“He [Golubev] is a tough player, extremely aggressive and puts you on the back foot very early in the rallies," said Murray. "I tried to be patient, it was quite windy, especially at the beginning, so I didn't go for my shots too much, just tried to be patient and finally got the win."

Murray, who missed the French Open last year with injury, saw his potential path to the semi-finals open up following Stan Wawrinka's shock exit on Monday evening. However, the Scot said: "I didn't watch any of his [Wawrinka's] match but these tournaments are extremely tough to win, it's also very hard to win matches and be consistent all of the time. It happens sometimes. I just have to concentrate on my matches and try and get through as many as I can. I'll have to wait and see if that result has any relevance to me because if I lose before the quarter-finals it has no relevance."

Ana Ivanovic progressed with unexpected ease against talented French youngster Caroline Garcia as she won 6-1 6-3 in just over an hour.

Garcia was tipped to provide a tricky test for No.11 seed Ivanovic after reaching the quarter-finals in Madrid and entering the tournament ranked a career-high No.43 in the world. However, she had a day to forget as she made 34 unforced errors and was reduced to tears by the time the match finished on Court Philippe Chatrier.

"I expected a very tough match," Ivanovic said. "Especially since she's been playing really well on clay. It was the first time we played against each other, but I just stuck with the tactics that I talked about with my coach. I started off really well and aggressive, and I sort of felt I was on top of her for the rest of the match. This gives me lots of confidence, and I'm really happy with the win.

"The last few weeks I have really played some good tennis. I beat a lot of top players. That's what you need before you get to the Grand Slam. It's important to work through these tough matches and try to build on that."

Caroline Wozniakci lost her first match since splitting from golfer Rory McIlroy as she went down 7-6(5) 4-6 6-2 to Belgium's Yanina Wickmayer. It is the first time the Dane has been beaten in the first round at Roland Garros since 2007 and she said: “What happens in my personal life, I just want to really keep that between my closest people around me. I just have to move on.”

French hope Richard Gasquet showed no signs of the back problems that have troubled him over the past few months as he beat Bernard Tomic 6-1 6-1 7-5 to record his 100th win on clay. However, both Tommy Haas and Nicolas Almagro were forced to withdraw from the tournament with injuries. Haas retired at 5-2 up with a shoulder injury against Jurgen Zopp while Almagro was down 5-0 to Jack Sock when he retired with a foot injury.