When Patrick Mouratgolou speaks many listen and often act on his words. It’s why he’s been so succesful in helping produce some of the world’s best tennis players including Stefanos Tsitsipas, Serena Williams and lately Coco Gauff. tennishead has had a long relationship with Patrick through his revealing and exclusive columns written for tennishead magazine, so we were delighted to be in attendance at a sun drenched Mouratoglou Academy for the official unveiling of the partnership with ASICS. 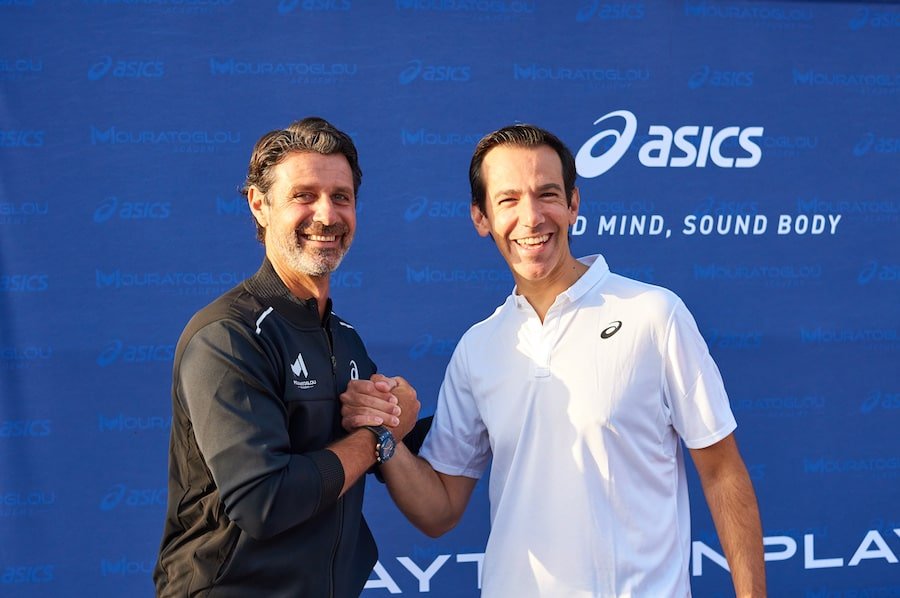 Mouratoglou has often courted controversy with his outspoken views on the need to ramp up the excitement on the professional tennis court specifically in the area of on court coaching, which he feels would enable the sport to grow by increasing the excitement and improving the experience for the general tennis fans.

It’s this level of insight that is one reason ASICS were attracted to the coach and his academy as was confirmed by ASICS Product Director Gary Raucher when we interviewed him:

“It was a partnership that just naturally occurred over time. ASICS really wants to show our commitment to tennis and Patrick has growth ambitions – together we are complimentary – we want the insight from players and coaches – we focus on brand preference more than awareness so this partnership isn’t just about people seeing the logo it really is about being able to get that feedback which will help us develop the best possible products going forward. We are strong in other parts of the world but Patrick has a great reach in France”

tennishead then asked Gary why ASICS is focussing on tennis:

“For us there is a really strong brand fit. A lot of other brands just focus on the physical activity itself whereas for us its about the mental benefits of that sport. Tennis is such a mental game in both directions. You need to be mentally fit to play tennis but by playing you become more mentally fit. Compare this to a sport like golf which doesn’t necessarily help your mental wellbeing because while you are walking around you are still thinking other other things. In tennis you are only focusing on that shot or point which creates mental relaxation and for ASICS that was important.” 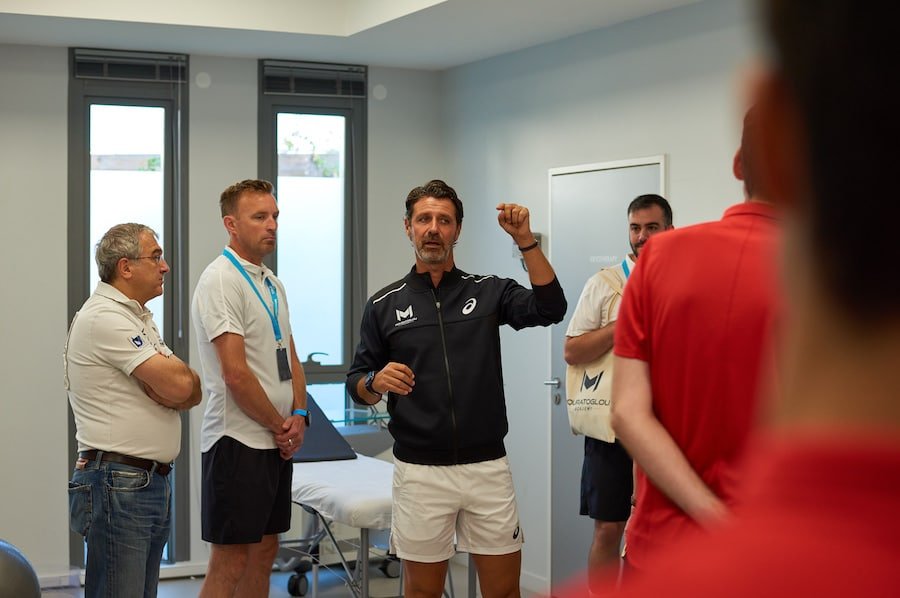 We questioned Gary as to whether he thought the tennis market could grow in terms of participation from it’s current base:

“Yes we do see growth. It comes in waves. Patrick’s theory is that we need more characters in tennis and the rules have become so stringent with players being fined a lot it has taken some of the personality out of the game. We believe that as new individuals emerge and they can show their personality you will start to see the sport grow. The great thing about tennis is that its very accessible, its very easy to play unlike, football where you need to arrange 22 people to play, in tennis all you need is a partner – you can play it your entire life – it’s a great family sport – so there are so many things going for tennis that will allow it to grow so if we can get more excitement into tennis it will enable it to grow even faster”

Speaking about the partnership, Mouratoglou said: “I’m thrilled to partner with ASICS. They are not only a brand with a strong reputation of having the most technologically advanced tennis shoes on the market, but they also believe just as strongly as I do in the importance of the mental aspect of tennis. I’m looking forward to working closely with ASICS on the research and development side of the game as well, with their Institute of Sport Science in Kobe, Japan.”

Learn more about the Mouratoglou Academy and ASICS