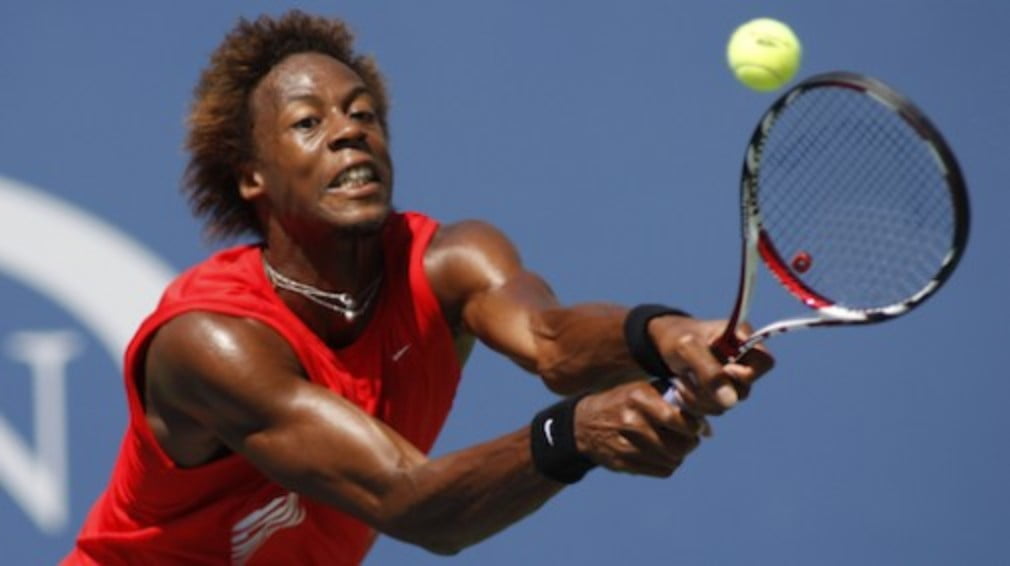 Rafael Nadal suffered his second defeat inside six days after crashing out of the ExxonMobil Open in Doha on Thursday.

The world No.1 was second best during his quarter-final against Gael Monfils, the explosive Frenchman winning 6-4, 6-4 in one hour, 29 minutes.

Monfils produced some breathtaking shot-making at times, breaking the Spaniard on three occasions.

Nadal’s setback comes just under a week after he lost to Andy Murray in the final of an exhibition in Abu Dhabi.

Nadal had been hoping for some much-needed match practice after his 2008 season was cut short due to a knee injury.

The reigning French Open, Wimbledon and Olympic champion pulled out of the Paris Masters in October and had to miss the season-ending Tennis Masters Cup in Shanghai and Spain’s Davis Cup final against Argentina.

Monfils reward is a semi-final shot at fourth seed Andy Roddick, who was the first man into the semi-finals on Thursday when he eased past Romanian Victor Hanescu in straight sets.

In the bottom half of the draw second seed Roger Federer was the third man into the semis when he got past German Philipp Kohlschreiber.

The 13-time Grand Slam champion was the better player in the first set but was stretched towards the end of the match during his 6-2, 7-6(6) success.

In the last semi of the day Murray enjoyed an easy passage through against Ukraines Sergiy Stakhovsky, the world No.4 emerging a 6-4, 6-2 winner to set up yet another meeting with the Swiss superstar.

Meanwhile, play resumed at the Chennai Open on Thursday after rain had washed out Wednesdays schedule.

Indian wild card Somdev Devvarman was the talk of the tournament after he shocked two-time former champion and sixth seed Carlos Moya 4-6, 7-5, 6-4 in their held-over second round match.

The world No.202 cracked down 10 aces as he moved into the second ATP Tour quarter-final of his career.

Croatian Marin Cilic is now the highest ranked player left in the draw after the withdrawal of No.1 seed Nikolay Davydenko and the shock first round defeat of Swiss second seed Stanislas Wawrinka.

Cilic lived up to his billing with ease though, recording a 6-0, 6-4 success over Denis Istomin of Uzbekistan to cruise into the last eight.