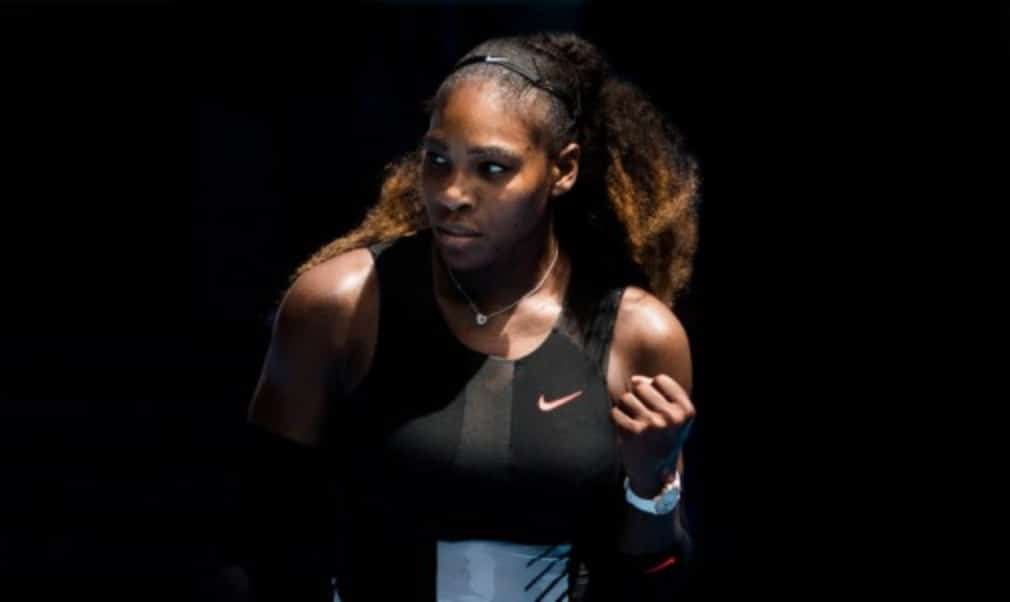 Weather
38oC with a shower in the evening. Stadium roofs were shut for the night sessions at Melbourne Park.

Where there’s a will
Serena Williams defeated Barbora Strycova 7-5 6-4. The American made 46 unforced errors with only a 45% first serve percentage.“I have absolutely nothing to lose in this tournament,” she said. “Everything here is a bonus for me. Obviously I'm here to win. Hopefully I can play better, I can only go better.”

Auntie Jo through
Jo Konta, who plays Serena in the quarter-finals, apologised for being late to her press conference because she was helping feed her nephew. Once there, she said of facing the 22-time Grand Slam champion: “I'm happy that I'm getting the chance to play her." The opportunity was afforded by another impressive performance by the No.9 seed, today beating Ekaterina Makarova 6-1 6-4 in an hour and nine minutes.

Blissed Out
Veteran Mirjana Lucic-Baroni brought qualifier Jennifer Brady’s Australian Open run to an end 6-4 6-2. “It's pure joy. There's no other feeling than bliss,” said the 34-year-old Croatian on reaching her first Grand Slam quarter-final since 1999. In reaching the fourth round she had already achieved a career best result here, and on Monday she went one better.

Czech Mate
Karolina Pliskova was the local villain when she put out the last remaining Australian singles player, Daria Gavrilova 6-3 6-3. Plisova, who lost to Angelique Kerber in the US Open final, has a new coach in her corner David Kotyza, former coach of fellow Czech Petra Kvitova.

Fighting Belgian
David Goffin, the No.11 seed defeated friend and No.8 seed Dominic Thiem, extending his head to head lead over the Austrian to 5-3 and recording his first defeat of a Top 10 player at a Grand Slam. He is the first Belgian man to reach the quarter-finals of the Australian Open and has equalled his best Grand Slam result. “I feel tired, but feel so happy,” he said. “It was a big fight, so I'm feeling really good.”

Dimitrov on song
Karaoke star Grigor Dimitrov put Novak Djokovic’s conqueror Denis Istomin out of the tournament, 2-6 7-6(2) 6-2 6-1. Istomin, who called for the trainer several times in the match was clearly feeling the effects of his previous rounds. Dimitrov reaches the Australian Open quarter-finals for a second time. His best Grand Slam result was the semi-final of Wimbledon in 2014. Having won his fifth career title in Brisbane prior to coming to Melbourne the Bulgarian is showing the kind of form that took him inside the World’s Top 10 in 2014.

Flying the Maple Leaf
On Hisense Arena, Milos Raonic, now the highest seed left in the draw following Andy Murray’s exit yesterday, defeated Roberto Bautista Agut 7-6(6) 3-6 6-4 6-1. This is the third straight year he has secured a place in the quarter-finals at the Australian Open and his sixth career Grand Slam quarter-final – the most for any Canadian player man or woman 10 years. It is ten years since both Andy Murray and Novak Djokovic have failed to reach the quarter finals of a Grand Slam.

Night Knight Andy
The headline in local newspaper “The Herald Sun” following Andy Murray’s defeat on Sunday at the hands of Mischa Zverev.