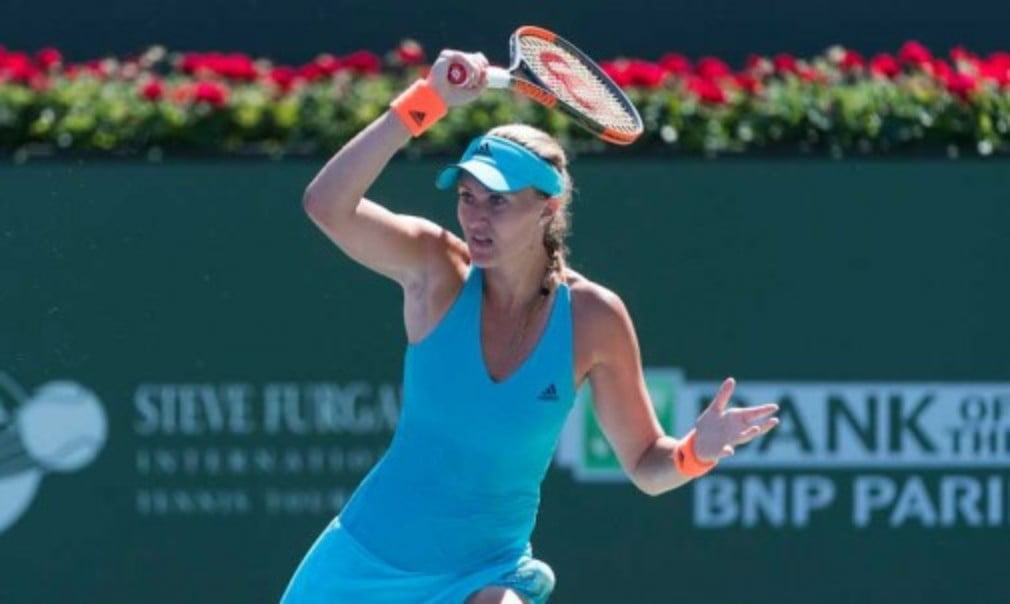 The No.28 seed powered back from a set and a break down to defeat the former world No.1 3-6 7-6(4) 6-2 to reach the first WTA Premier Mandatory semi-final of her career.

Victory ensures Mladenovic will break into the world’s top 20 on Monday, having started the year ranked No.42. The Frenchwoman has beaten Venus Williams and Karolina Pliskova in recent weeks, as well as claiming the scalp of No.5 seed Simona Halep earlier this week.

"It's been a lot of matches and, to be honest, it's like the longest kind of string of winning matches I had so far in my career," said Mladenovic, who won her maiden WTA title in St Petersburg and reached the final in Acapulco earlier this month.

"It feels great, but in the same time, every day I go out there on the court or in the gym practising, it's for moment like that. So I'm not getting too excited. I'm just super satisfied that I am on that kind of stages right now and trying to use my chances and the my opportunities I have."

Standing between Mladenovic and a third final of the season is Russian Elena Vesnina, who beat Venus Williams 6-2 4-6 6-3.