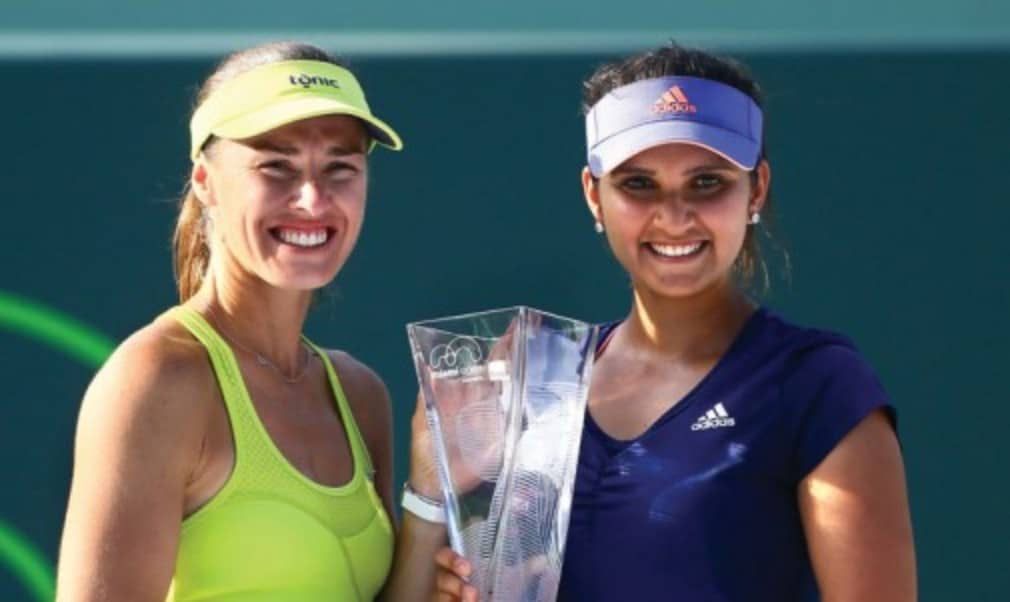 Mirza became the first Indian woman to be ranked world No.1 in tennis after winning a third title with former world No.1 Martina Hingis.

Victory at the Family Circle Cup in Charleston saw Mirza lift the 26th doubles title of her career, and her seventh inside 12 months to overtake Italian pair Sara Errani and Roberta Vinci at the top of the world rankings. Hingis and Mirza only joined forces at the start of March, but immediately made an impact, winning the BNP Paribas Open in their first tournament together before going on to achieve a rare Indian Wells-Miami double a fortnight later, beating Russian pair Ekaterina Makarova and Elena Vesnina in both finals.

Then, with the world No.1 ranking on the line for Mirza, the pair won their third title in as many tournaments, defeating Casey Dellacqua and Darija Jurak in straight sets to triumph on the green clay in South Carolina.

"It's a dream for every kid to be No.1 one day," Mirza said. "When we went to Indian Wells I was 2500 points away from being No.1 so for this to happen over three tournaments is pretty amazing…Even 50 years from now I'll go down as the former world No.1 and that's something very special."

Mirza, who was the first Indian woman to win a Grand Slam when she won the 2009 Australian Open mixed doubles title with Mahesh Bhupathi, is the 33rd player to achieve the world No.1 doubles ranking.

"When I was six, there were no clay courts, there were no hard courts," said Mirza, who was born in Mumbai. "We used to play and practise on courts made out of cow [dung]."

"It's really against all odds," she added. "If you put your mind to it, you put sacrifices, hard work, anything is possible, no matter where you're from."